When you have children, especially a five – a-side team, if someone asks me if I want an afternoon out I have my lippy and heels on and I’m out the door before the kids can say bye!
So when my sister in-law suggested afternoon tea It was welcomed with enthusiasm.
Being 32 weeks pregnant I didn’t really fancy going up town and negotiating trains and tubes so when Sarah suggested Alexandra House Utopia and Spa, a highly-recommended, five star hotel that is within a thirty minute drive from where I live…perfect!
It was my mother-in-law’s birthday treat and we decided to bring Libby (my six year old) for her first girly afternoon tea too.
She brought a tear to my eye as she came in,  dressed to the nines in her favourite sparkly dress.  Then sat with me while I did my make up and she put a little blusher and lippy on. 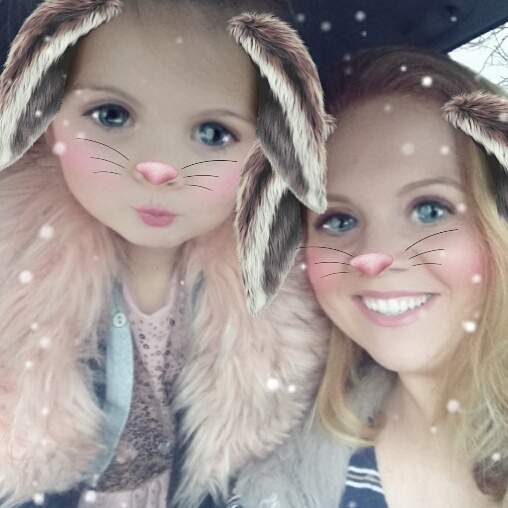 I have heard lots of things about Alexandra house, friends have had spa days, stayed in the hotel and had diner and the feedback is always great, so I was really looking forward to see if it lived up to the hype…..It most certainly did.
Firstly, let’s talk about the setting.  It stands in a beautiful 120 acres between East Grinstead and Crawley.
The Property is approached via a long driveway through the beautiful grounds, leading to a Modern yet tastefully designed building.  Set just behind that is the breath-taking, manor house, Alexandra House (jeez, I went back into my old estate agent mode then!)
The interior is just as beautiful as the exterior.  Everything inside is decorated impeccably and absolutely spotless. 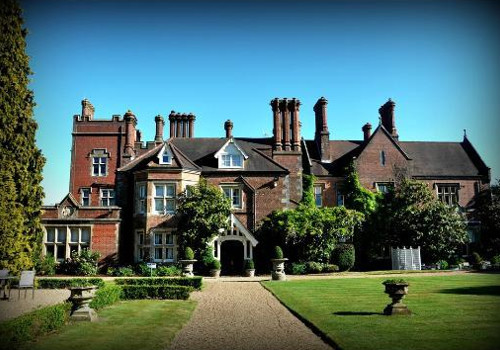 A lovely concierge greets you on arrival and shows you to the reception where you are taken through to the Afternoon Tea Lounge. 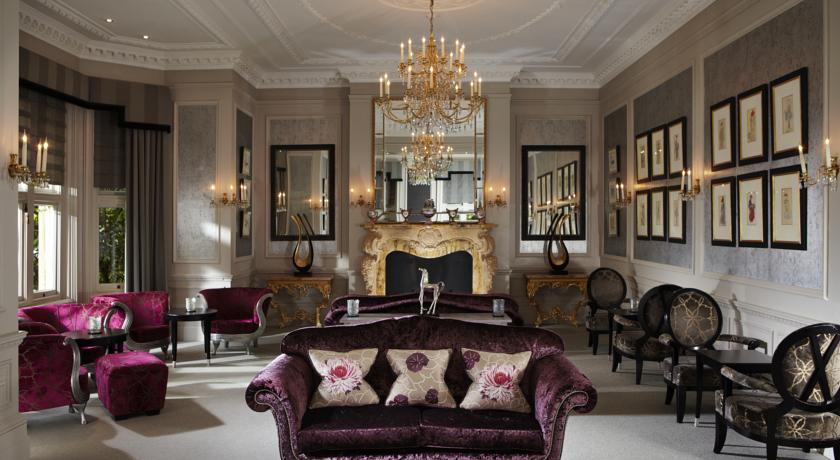 We were seated at a lovely table that overlooked the beautifully manicured gardens.  It really was as tranquil as it sounds.
After we were seated we were asked if we would like a glass of champagne.  The waiter looked at my baby bump and offered me half a glass…..HALF A GLASS!? 😕
I thought this was a very sweet offer but I declined the half glass and asked for a full glass!  (I almost asked for the bottle!) 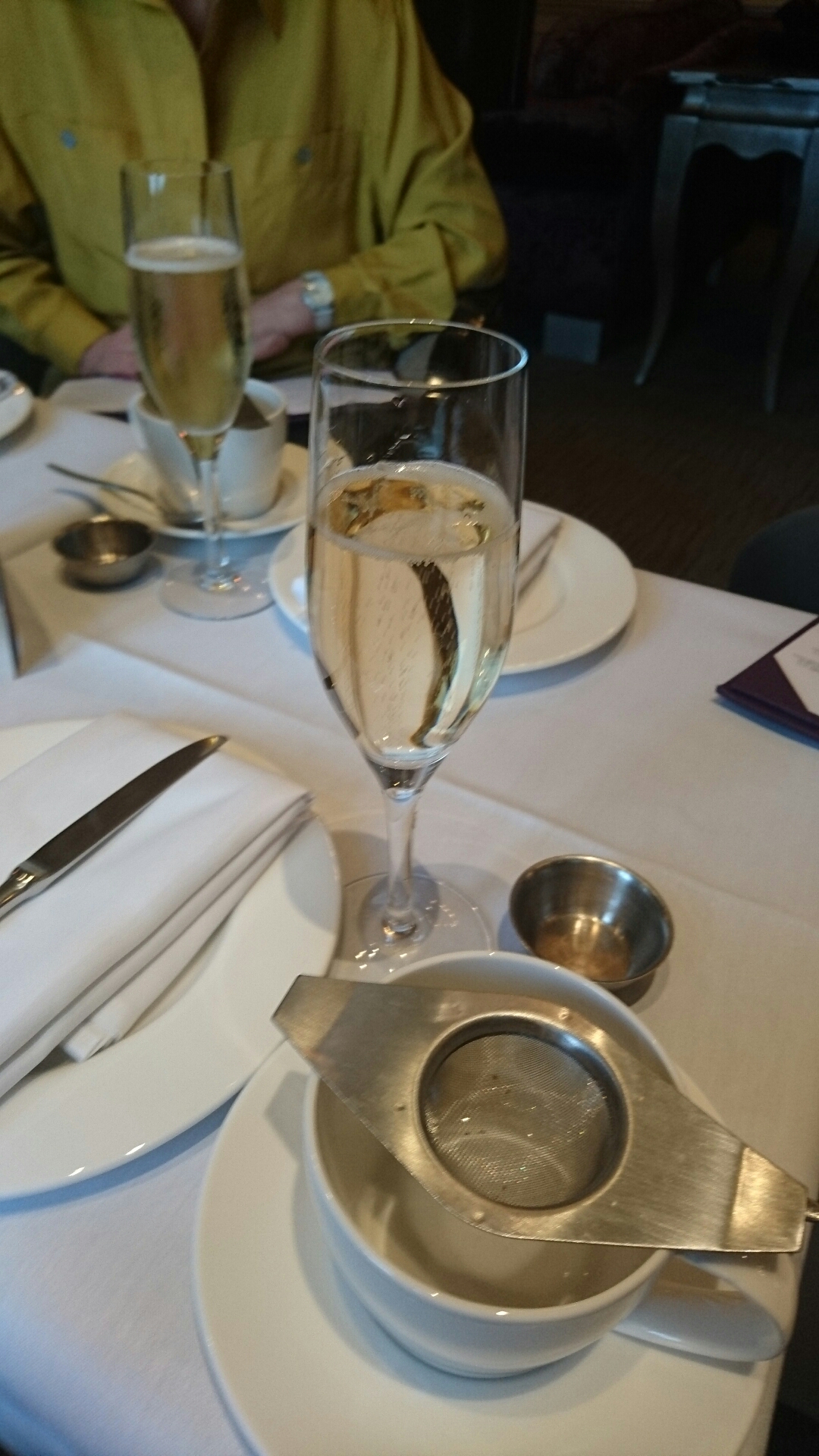 This was met by amusement as the waiter tried to dig himself out of the hole by telling me his wife would have said the same thing but he thought he better ask!
He dealt with my directness very well and we all had a giggle.
We were then directed to the menu which included different teas from a small tea company called Metrodeco based in Brighton. 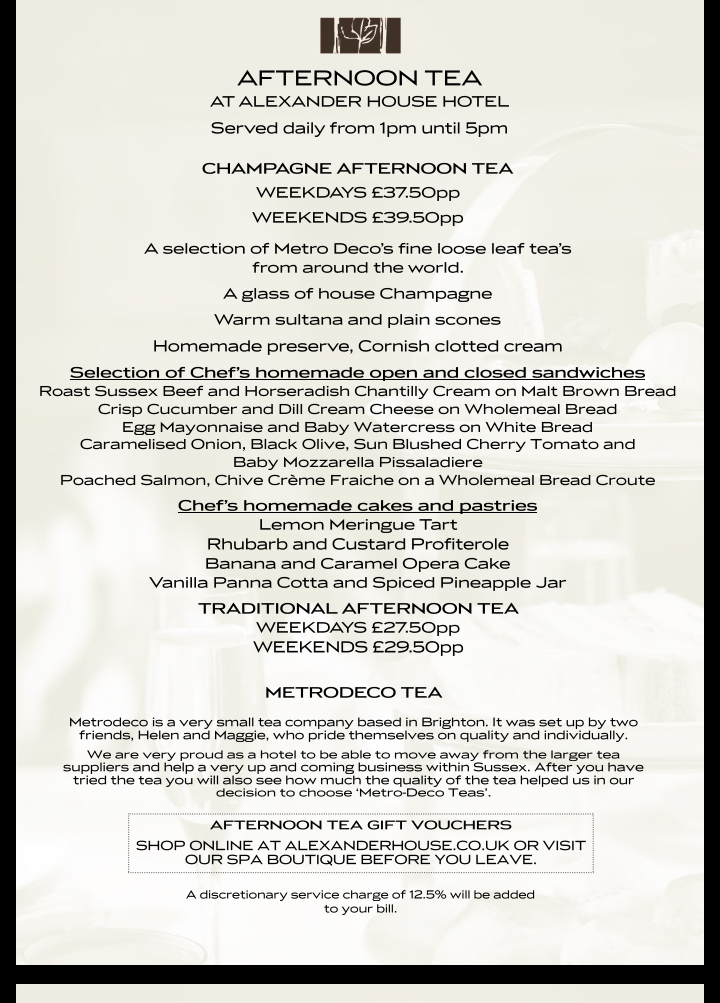 I opted for Terracotta Sunburst (Rhubarb and Vanilla) flavour while Sarah and my mother in law choses Rockafella Cleansing and Metrodeco Classic. 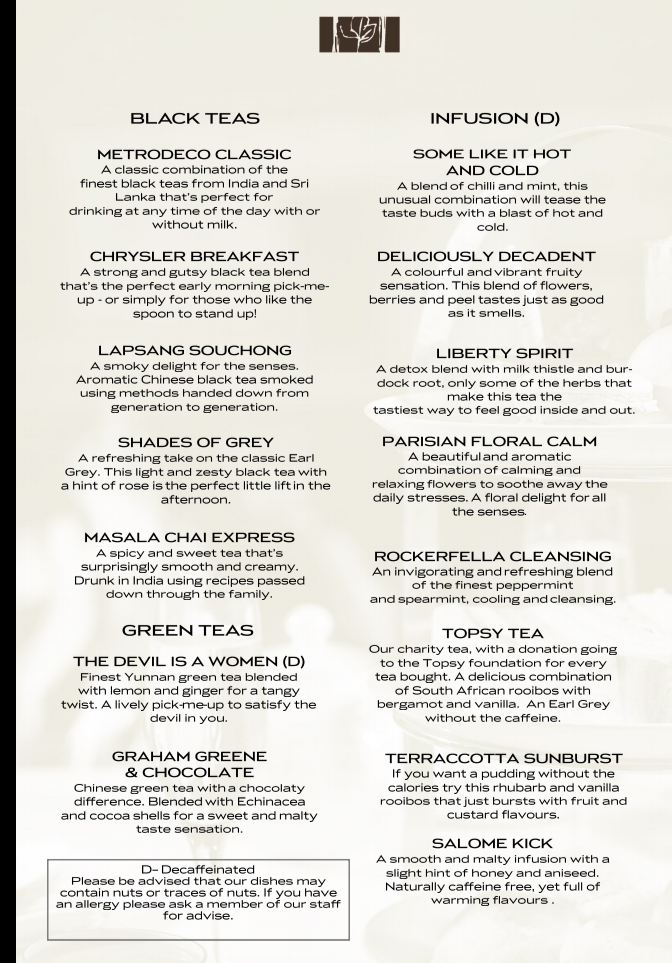 Meanwhile, Libby, who honestly found the whole experience quite overwhelming, ordered a hot chocolate.
Even though she is the only girl is a house full of boys, she isn’t really used to being the centre of attention. 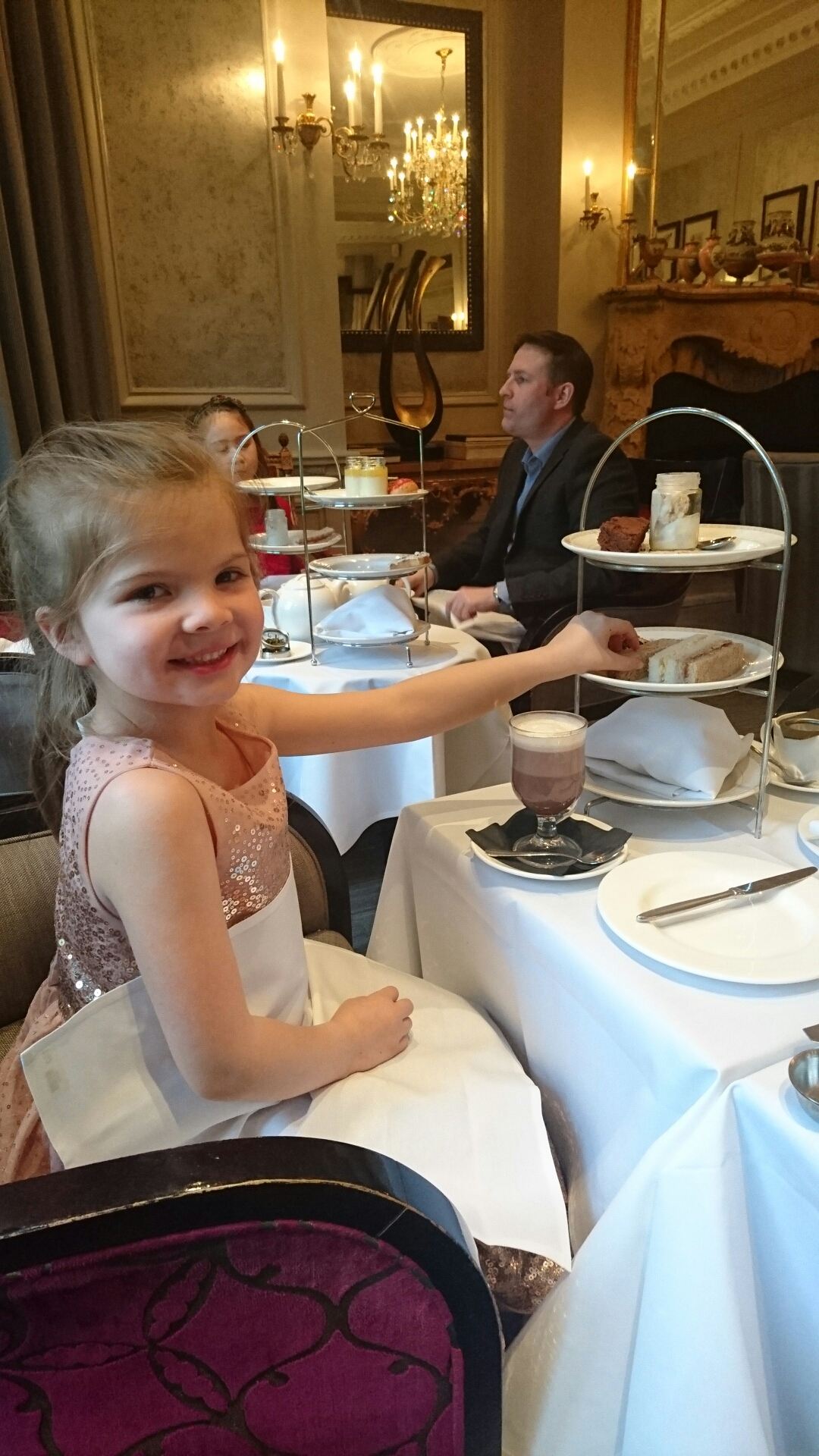 She plays the ‘only girl’ role perfectly at home, but, when she is really treated like the princess she is, she finds it a little uncomfortable.
When we asked if she was ok, she just said sweetly that she missed her brothers.
Having said that, once her afternoon tea food stand was brought out she soon came out of her shell!
Enjoying her children’s afternoon tea which included jam, cheese and ham sandwiches, scones, ice cream, Chocolate brownie and a cookie. 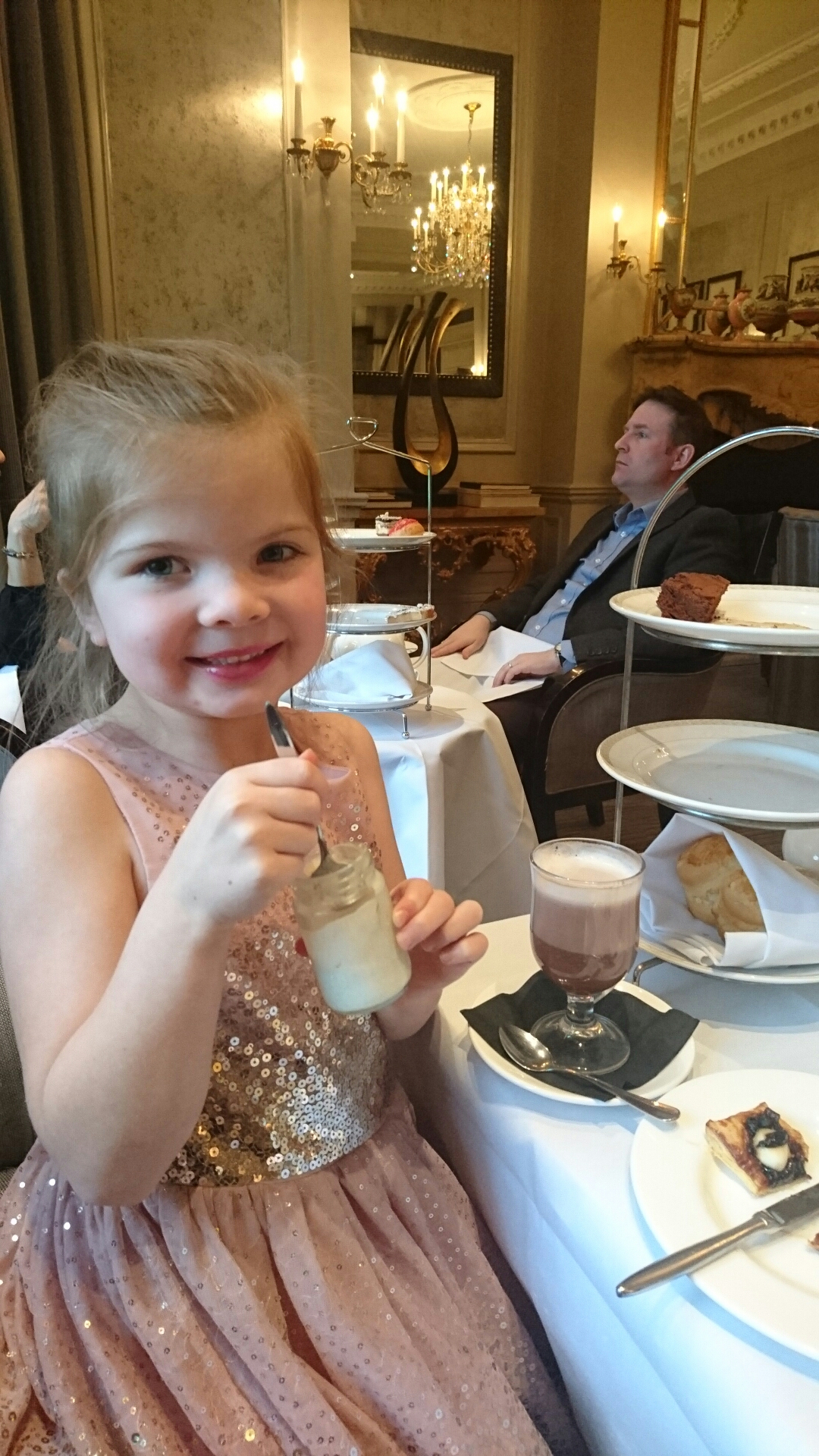 Our food was lovely, finger sandwiches, potted salmon on toast and little pizza.  The cakes included a banoffee, lemon meringue, pineapple pannacotte and a profiterole. 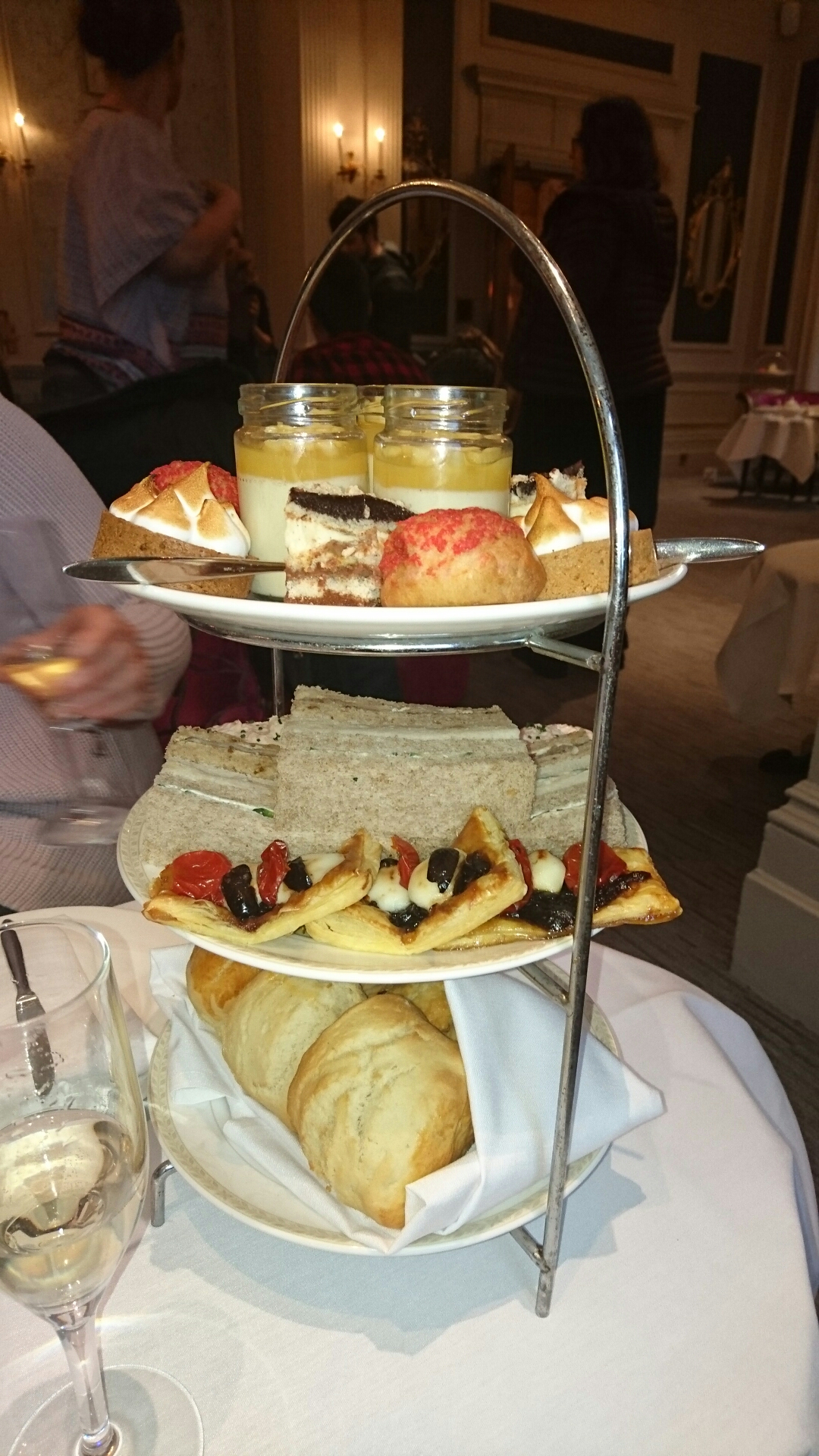 All absolutely delicious and combined with a couple of scones each I left feeling completely stuffed!
The tea was delicious and the atmosphere was classy, relaxed and very child friendly.
I had such a special day,  made even better spending time with my gorgeous daughter 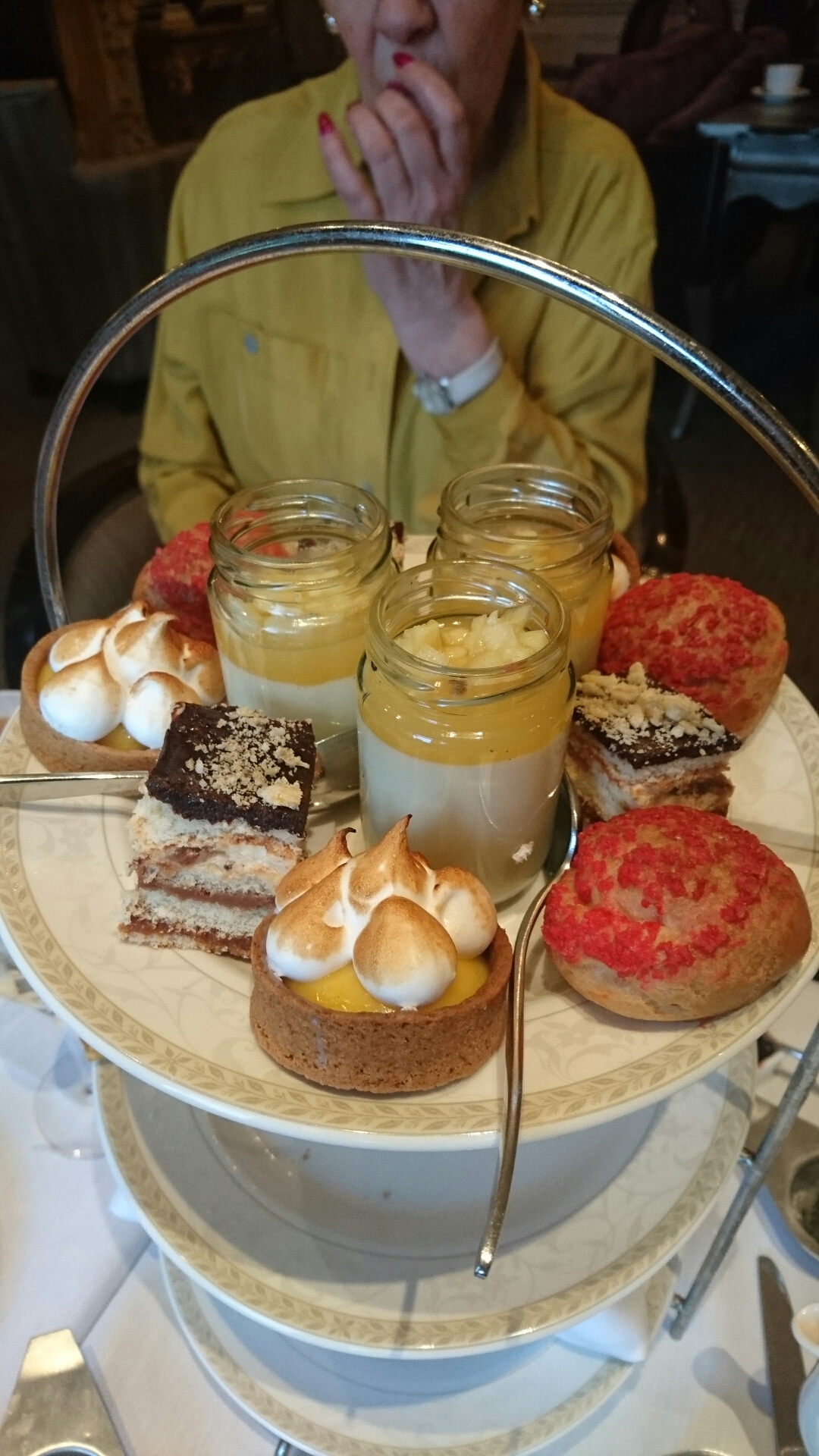 A perfect treat with mothers day coming up 😉
I cant wait to go back with Mike and the boys.
We had a little nose around after our tea and I can say with certainty…. watch out for my next review on the hotel and spa, it looks absolutely lush!
If you have enjoyed my review please follow me and share the love 😘