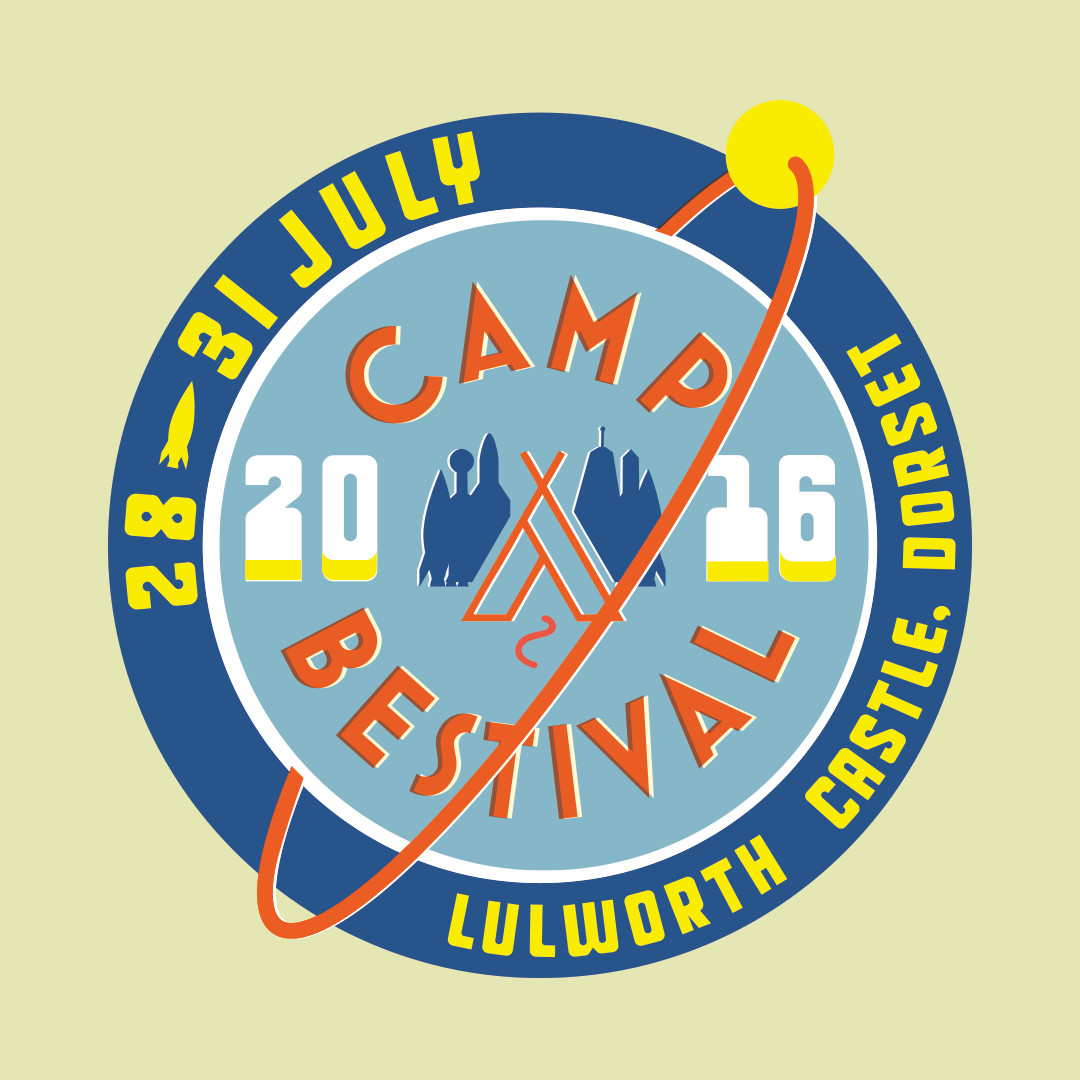 My friend has been to every Camp Bestival since it started and every year she has tries to convince me to come with her.
Now, here is the problem,  i don’t camp! My experience of tents is that they are damp and freezing when the weather is cold and like a sweat box when it’s warm.  They smell and don’t even get me started on putting the bloody tent up and taking it down!
I have nothing but respect for anyone who can embrace camping,  especially with children! But it’s not for me.
When you have five children in tow the aim of the game is to always plan ahead. Avoid anything that could cause Unnecessary stress!
Over the last year the kids have really started getting into music and what’s hot in the charts. 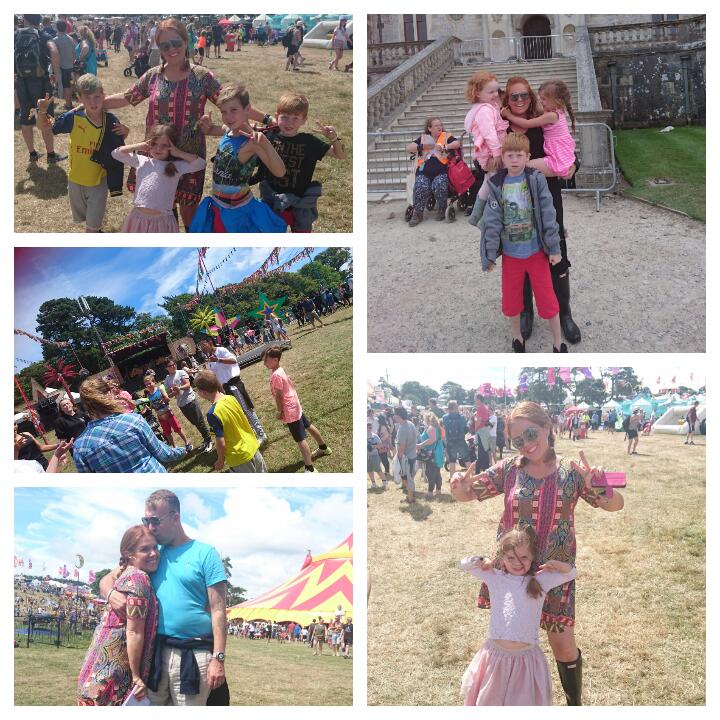 I looked into tickets to capitals jingle bell ball, party in the park,  Justin Bieber and more,  but tickets always seem to be a minimum of £100 each.
When you want to take four kids it’s starts getting ridiculous!
So my thoughts turned to Camp bestival,  where the tickets for children are approx £150 but you have three days of various artists plus so much more.
Another friend had mentioned she was going but had hired a campervan….bingo!!! 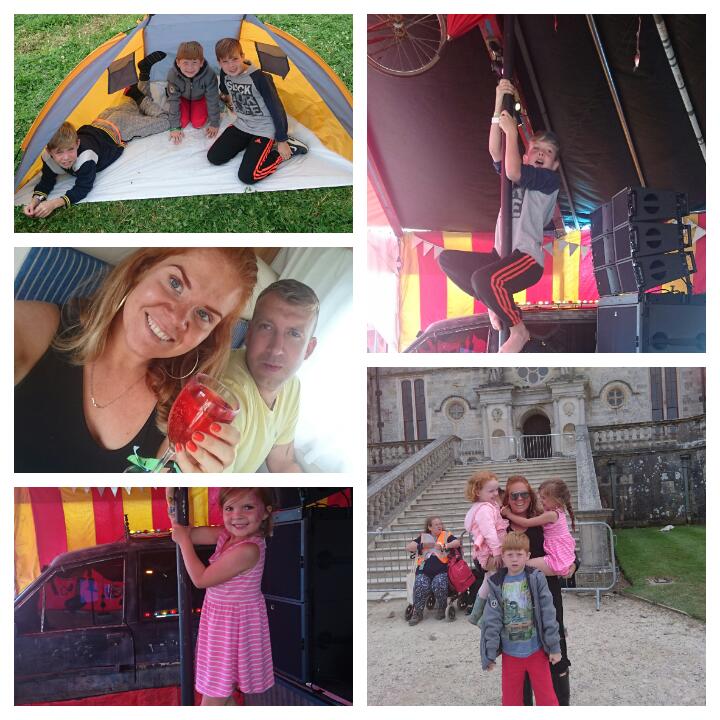 After the drama of trying to find a six berth campervan to rent for the first weekend of the summer holidays with two weeks notice we hit jackpot in Hayling Island.
At the cost of £650 for the weekend,  to take the kids away for four nights, we thought is was a bargain!
It is so much easier packing a campervan for a little holiday than a car.  Food i had brought went straight into the fridge,  I made the beds up and put the cases away in the wardrobe. 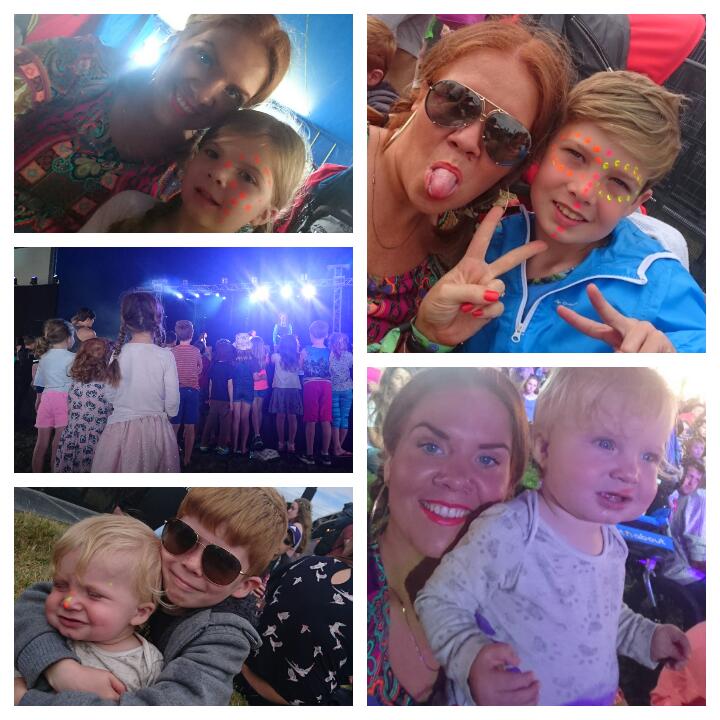 The campsite opens on the Thursday,  there is not a huge amount happening that day but food stalls are open and the Slow Motion area (pampering section where you can have your hair done,  spa treatments,  yoga etc).
We drove down Wednesday night and pulled up at a lay-by close to The festival ready to drive straight in on Thursday to get a prime spot and avoid heavy traffic.

Camp Bestival is set in the grounds of Lulworth Castle in Devon. It took about  two and a half hours from where we live in Warlingham. 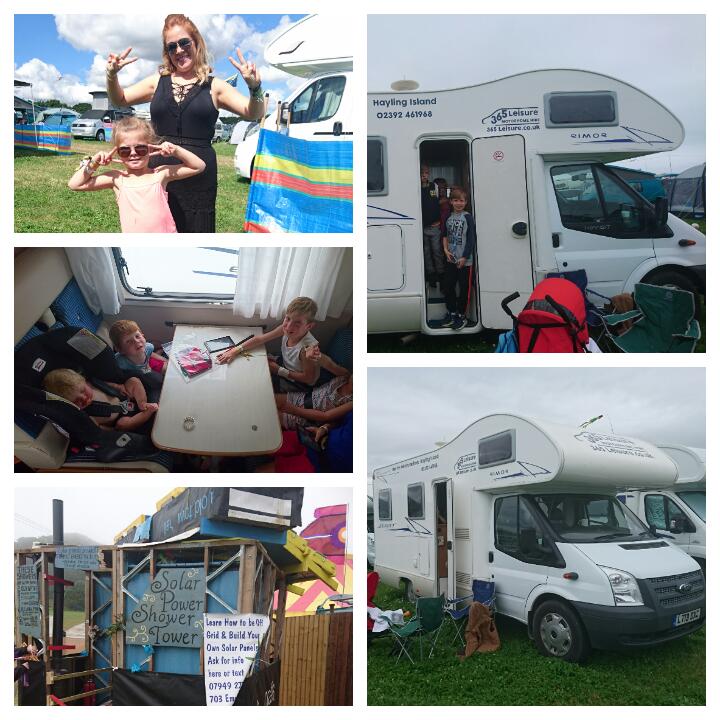 It is an absolutely beautiful setting that’s adds to the magic of the festival.
Knowing Thursday was more of an orienteering day to gauge where everything is, I decided it would be the perfect day to book a relaxing massage in the Slow Motion area.
Mike and I both had a shiatsu massage which really set us up for the weekend.
I have never had a massage on the ground in a teepee before but don’t knock it till you try it,  it was fantastic!
The campervan was equipt with a toilet,  shower and a kitchen but unfortunately the field don’t provide electric so we couldn’t use our shower.
However,  the ‘posh showers’ they provide are really nice and as long as you pick your time right (we showered late afternoon)  there were no ques.
I can’t go through everything that the festival has to offer,  mainly because I don’t feel like we did even half of it but I’m ready to go hardcore at this festival next year!!
The main stage is where the big acts perform.  From about 3pm the music acts are continuous.
Our favourites are Reggie and Bollie, Jamie Lawson, fat boy slim and Katy B.
Dick and Dom from Cbbc really for the crowd going and Mike and I were crying with laughter at some of their antics!
Unlike other festival,  the main stage area never felt rammed. 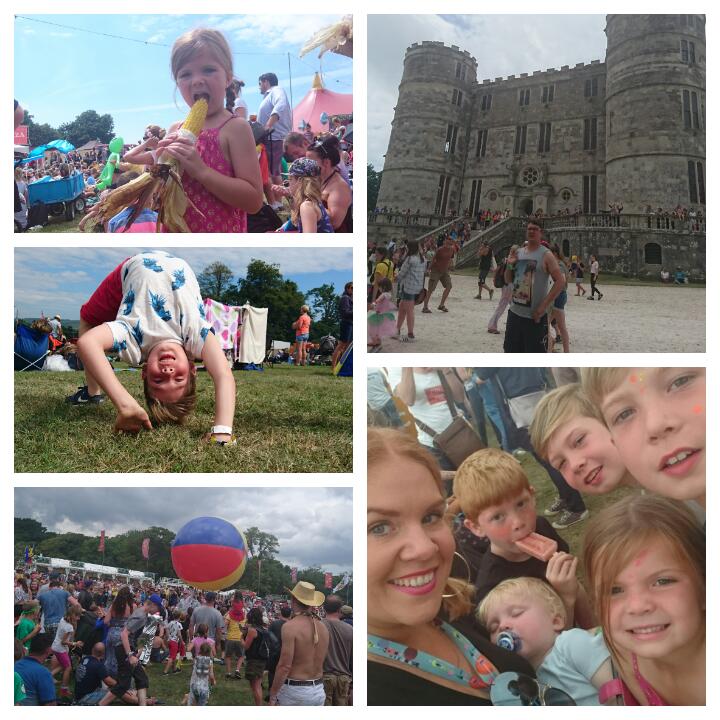 There was plenty of room to set up a picnic blanket, buggy and bags and have a dance without bumping into anyone.
The Big Top tent is where we watched a beautiful West End Kids show featuring songs from all the Disney movies, We Will Rock You and to Mikeys delight, a bit of  Arianna Grande.
The children all took part in the Brit School Workshop where they learnt dance routines.
We spent a few hours in the art tent making all sorts of models with the outerspace theme that the festival was based on, Mikey, Charlie and Libby particularly enjoyed that.
Harri spent his time outside the tent perfecting his spinning wheel tricks! 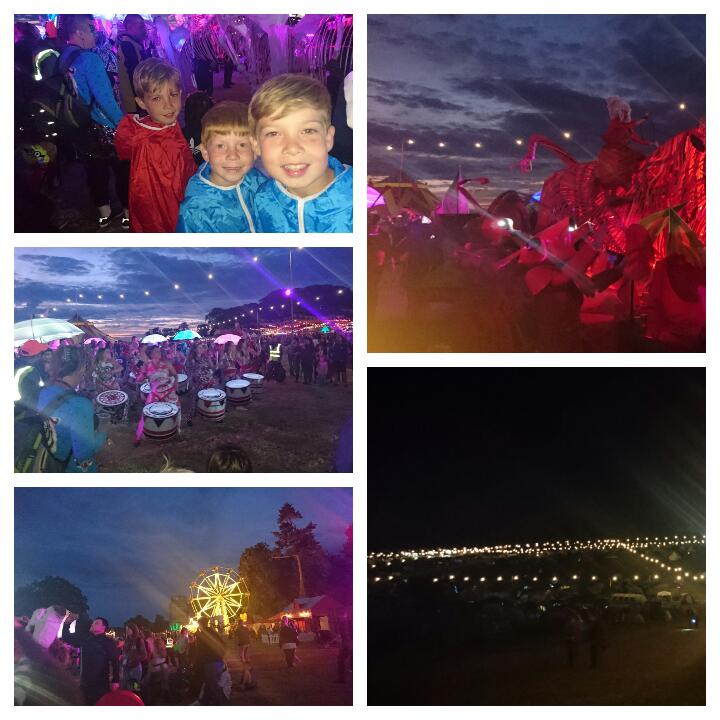 The kids were mesmorized by the insect circus, loved the punch and judy puppet show and although we didn’t make it to the biggest bouncy castle,  we are saving that for next year.
We all enjoyed watching the BMX and stunt shows but, again,  we missed a few opportunities that we are looking forward to catching next year such as the wall of death and the kids climbing wall/ gymnastics.
The atmosphere feels very relaxed and safe with regards to the kids.
I lost a couple of the kids one evening (not on purpose i promise)  and kids welfare tent called me within 10 minutes to say they were safe and with them.
All children are given wrist bands with parents numbers written on them.
One of the managers that I spoke to when I picked Mikey up proudly told me that in all the years Camp Bestival has been running they have never lost a child for more than 15 minutes!  That is quite an accomplishment given number of families that attend. 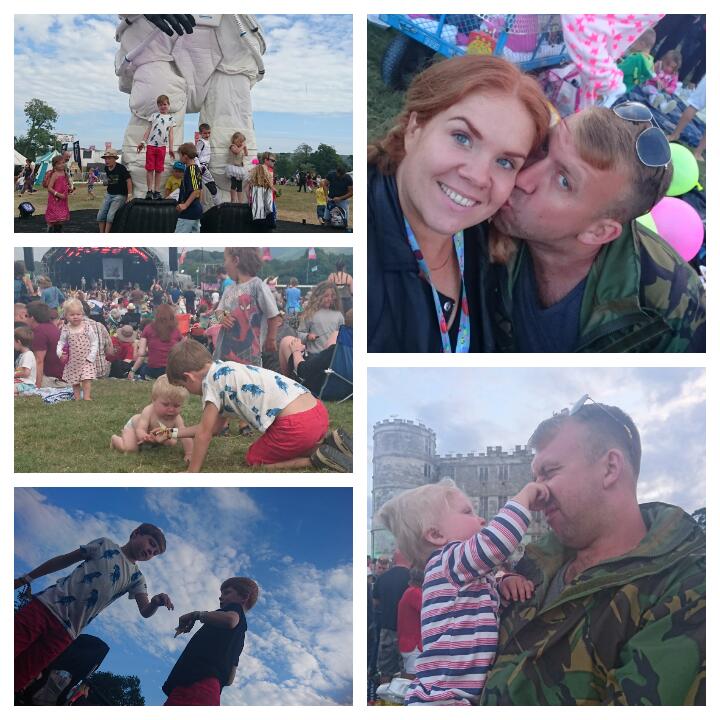 Now let’s talk about my favourite subject…..food!
The food choices are out off this world!
With a family of seven it can work out expensive to feed them all day at the festival.
I would suggest packing lots of food so that you can cook breakie and take snacks etc.
But with all the best intentions to save money, when your faced with the choices there,  it’s hard to resist!
Chicken katsu curries, fish and chips, Dj Bbq, French crepes, Indian, Burgers (not just any burgers,  those posh burgers made from any meat you want!)
Lobsters and shellfish,  pasta, pizza, milkshaka made with any chocolate you want, I’ve cream,  Vietnamese, Jerk, Cakes, Mike had a Ox Cheek wrap that was out of this world.
The list goes on,  honestly,  anything you could possible want,  they catered for.
Mike was particularly enjoyed when he saw a few of the foodies he follows on Instagram there.
On the recommendation of our veteran camp bestival guru Katie, we made a point of going into the kids field and getting them some corn…… That went down a treat with them all and is now going to be a regular snack in our house!
As you can probably tell, we really had the time of our lives!

Now I’m going to dissapoint you by telling you we left early.
We packed up on Sunday afternoon,  missing a few acts, losing out on seeing some of the other treats the festival had to offer and most importantly, the complete highlight (so I have been told)
THE FIREWORKS 🎆
Mikey had already missed a couple of rehearsals for the production be was in due to our weekend away and missing any more could have meant losing a place in the show.
This is just another thing I will look forward to next year.
We spent such a magical weekend together.   The children loved it and Mike and I both agreed it was better than taking them to Disney world!
Needless to say we have already booked for next year and can’t wait!
FYI,  Camp Bestival provide a payment plan for tickets so that you can spread the cost a bit.
For us to go (2 adults, for children and a baby) for four nights,  including pitch and tickets was approx £750. 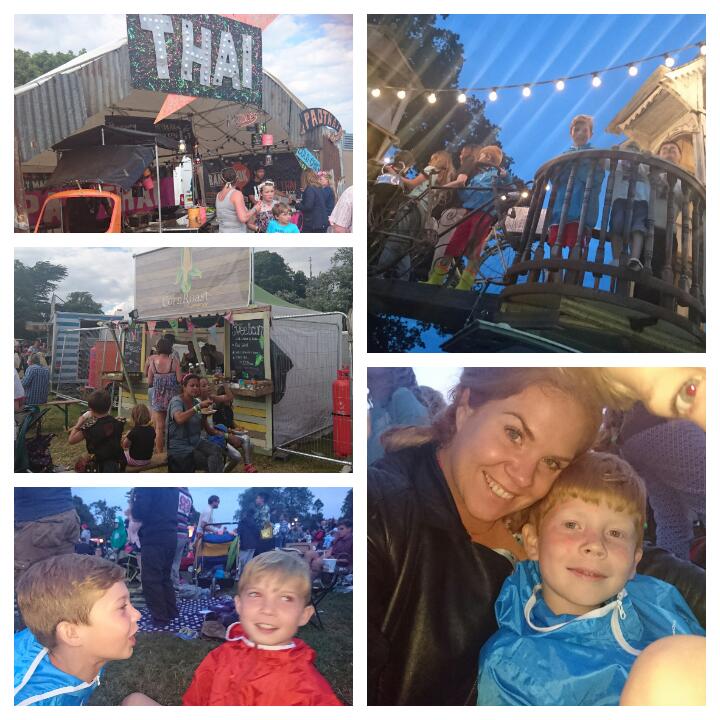 If you decided to give this a go next year here are a few tips:
-The campsites are up and down some pretty beastly hills.
We must about managed with the buggy but watching some of the campers drag trollies of tenting equipment back and forth from the car park (up another hill) made me want to pour them a vodka.
If you can afford it, look into the glamping, backstage and boutique camping.  If you have young children it would be well worth it.
-Take plenty of supplies (milk,  bread,  crisps,  baby wipes)
I ran out of a few bits and popped to the very limited camping shop.
I paid £2 for a tiny pack of baby wipes (the pack I usually get free in my baby show goody bag)
You get my point!
-Don’t rush to the front of the main arena, it’s calmer and easier for the kids to dance about towards the back and you still have great views of the stage.
-Don’t pre judge the acts!  we were so excited about Fat Boy Slim and Jess Glynne that We were not fussed on Mr Tumble,  Dick and Dom or Reggie and Bollie yet they were our highlight!
Hopefully I’ll see you there next year….
http://www.campbestival.net