Barack Obama tweeted recently ‘No one is born hating another person because of the color of his skin or his background or his religion……’ I am starting to wonder if, as well as pure ignorance, has political correctness contributed to Racism. Obama is right, so at what age do you start noticing and worrying about racism? My ten and eight year old sons were sitting in the back of the car with a friend of theirs who is mixed race. Amongst the shouting and laughing coming from the back seat, I heard one of my sons say ‘you’re so black…..you….’ He couldn’t finish because I hit my brakes, pulled over and totally lost my head.  I started going into a rant about how I hadn’t brought him up to say things like that. Before I could finish his friend stopped me. ‘Kate, we were just roasting each other! I just said to Harri, you’re so white, you must be invisible when its snows’ I laughed! and I was so relieved. But It made me sit back and think, Am I creating issues about colour that the kids don’t even see. My kids aren’t racist, not even slightly, so why did I go so mad when I heard him say that? Because, to make reference someone’s skin colour in a negative way is racist.  But,  Is it only racist if that person takes offence? As their mum,  it’s my job to make sure they are brought knowing what is right and wrong. I remember when Charlie was at nursery, he had the most wonderful teacher, Mrs Patel.  One day she pulled me to one side to say that another teacher had asked Charlie what he wanted to do.  He asked if the ‘chocolate’ lady could read him another story. I WAS MORTIFIED.  I couldn’t apologise enough. Mrs Patel hadn’t told me out of disappointment.  She thought it was the most wonderful thing she had ever heard! This little three year old was just describing her as best he could and she was nothing but flattered that he enjoyed her reading to him. The Political Correctness that has been bashed into me over the years had almost convinced me that my little boy was showing racist traits at three years old! Right now, my kids see past skin colour, and I’m not going to change that Back to Obamas Tweet……..how cute is George and his fiend Si-si….. What are your thoughts? X 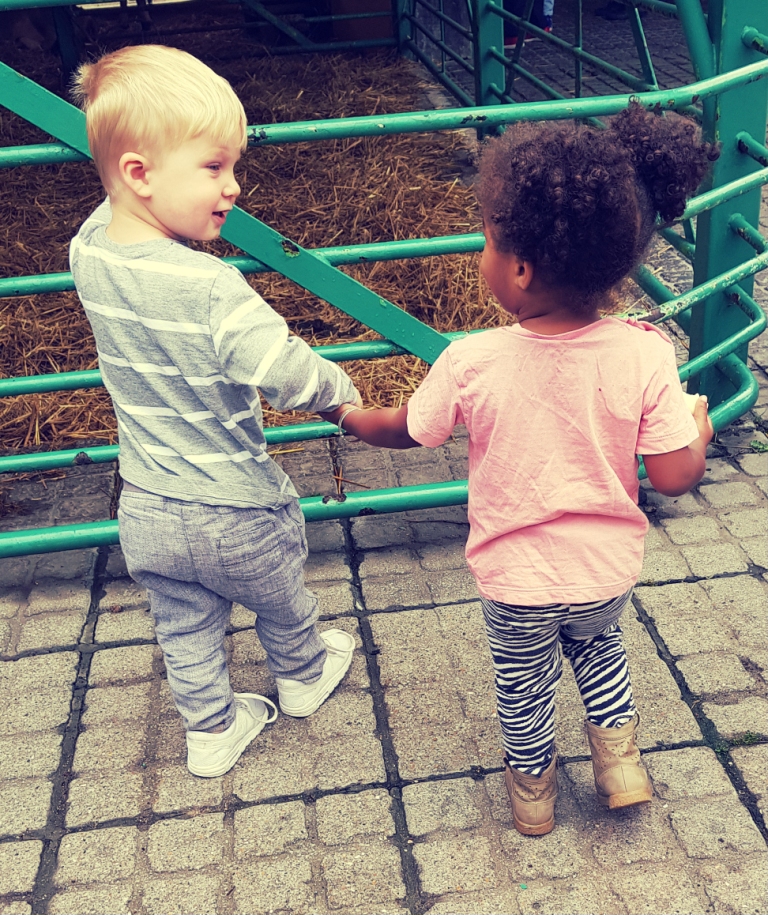 We use cookies on our website to give you the most relevant experience by remembering your preferences and repeat visits. By clicking “Accept”, you consent to the use of ALL the cookies. ACCEPT
Manage consent