I really didn’t expect to have to deal with my children being influenced from an outside source as young as eleven years old. 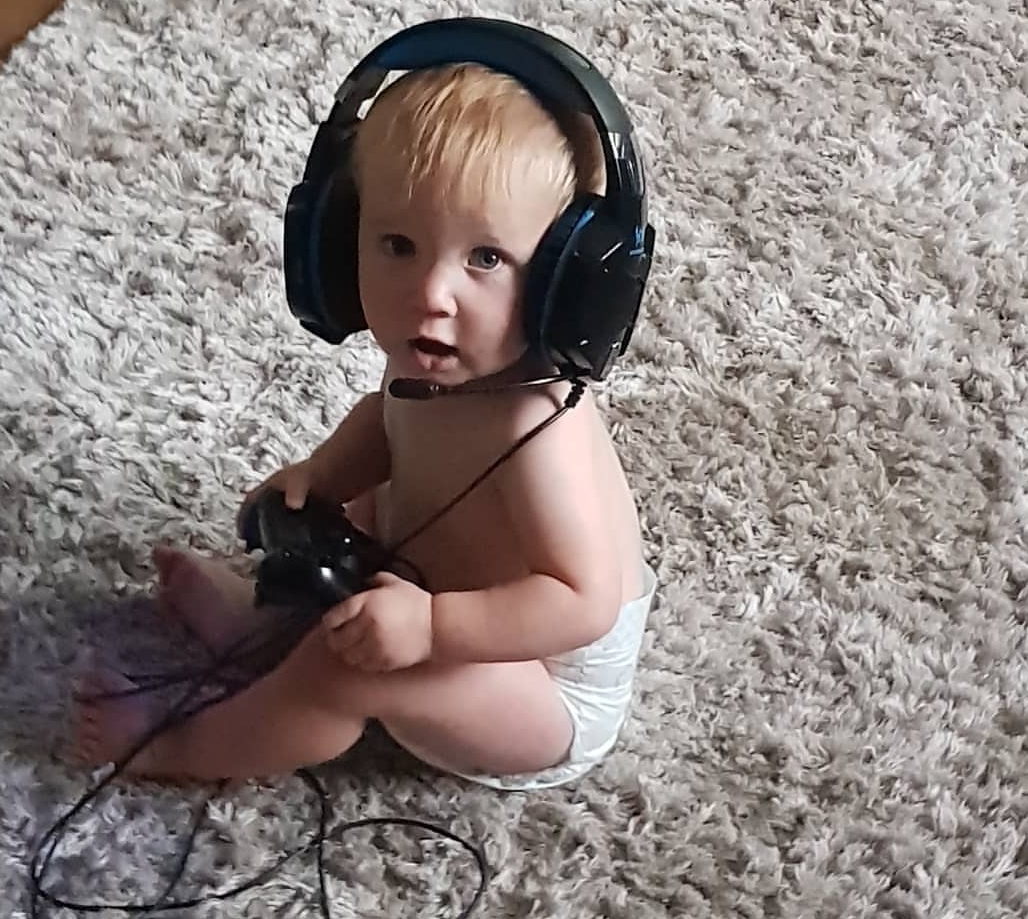 We haven’t even started high school. Yet, here I am, trying to tackle my son, who, up until five moths ago was a polite, calm, laid back kid who’s biggest problem was finding matching sock in the morning and throwing the odd strop bcause I hadn’t stockedthe cupboards up with enough chocolate biscuits.
Then, like an unwelcome guest who moved in and took over our lounge (and wifi)…. Fortnitearrived!
Before then he would take or leave the computer. He would play ten minutes here, half an hour there and then lose interest.
H originally ‘sold’ Fortnite to me as a free game that he can play with his school friends, I agreed that he could download it.
Since then, parenting my Fortnite obsessed son has turned me into an skilled negotiator, lowered my mental age to 11 to try to understand/sympathise with him and brought out my inner ‘Mrs Trunchball’. 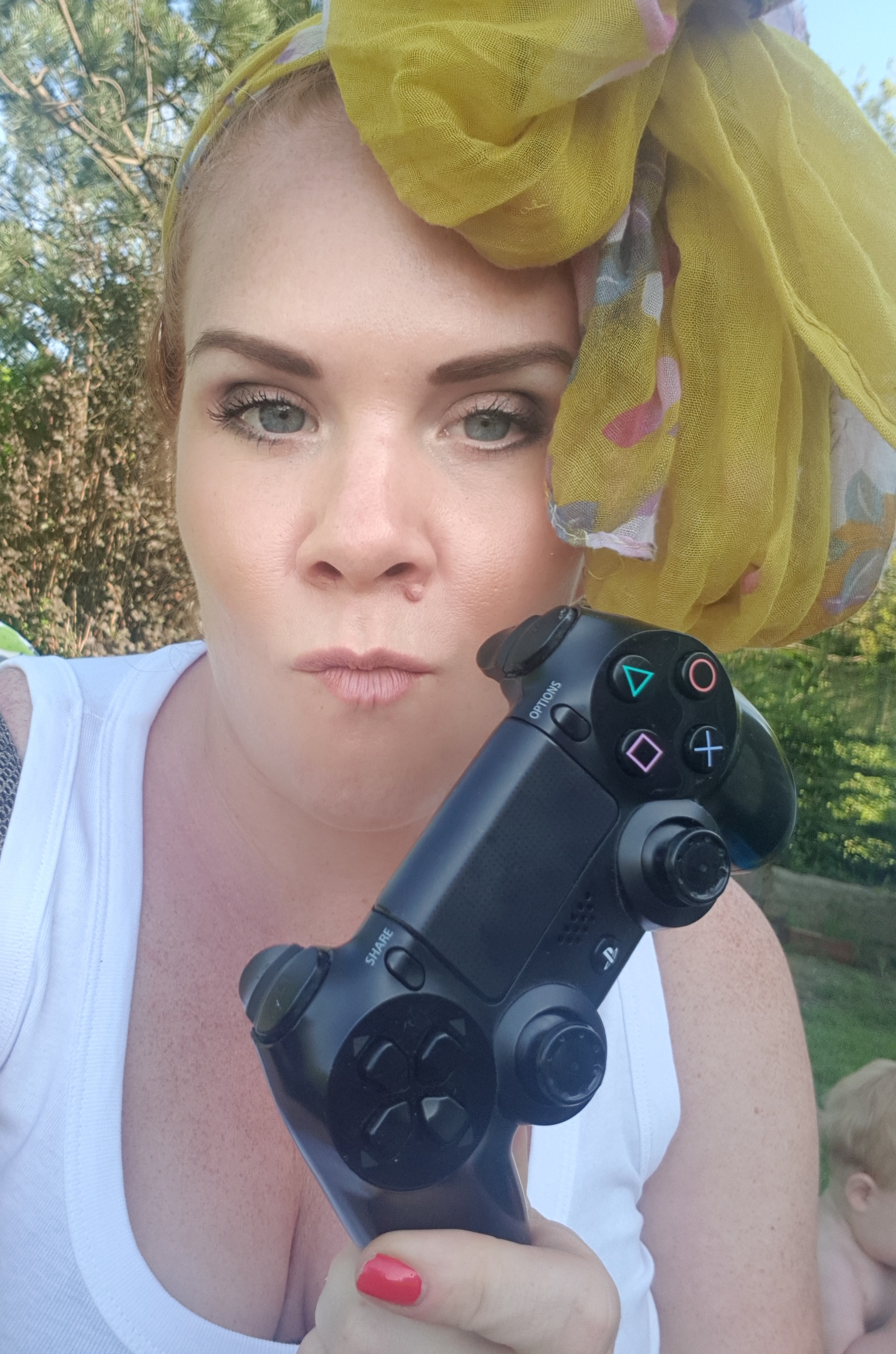 I get it. I remember being obsessed with Mario Kart and Sonic the hedgehog when I was his age. My brother and I would play for hours and hours if we were allowed (which we weren’t).
The big difference is that I wasn’t accessible to anyone online and once the game was purchased, no further expenses were incurred.
Fortnite is ingenious, they have created a game with an online community which creates a constant link to friends (and strangers) as well as offering a so called ‘free’ game but that you have to constantly buy bolt ons for. 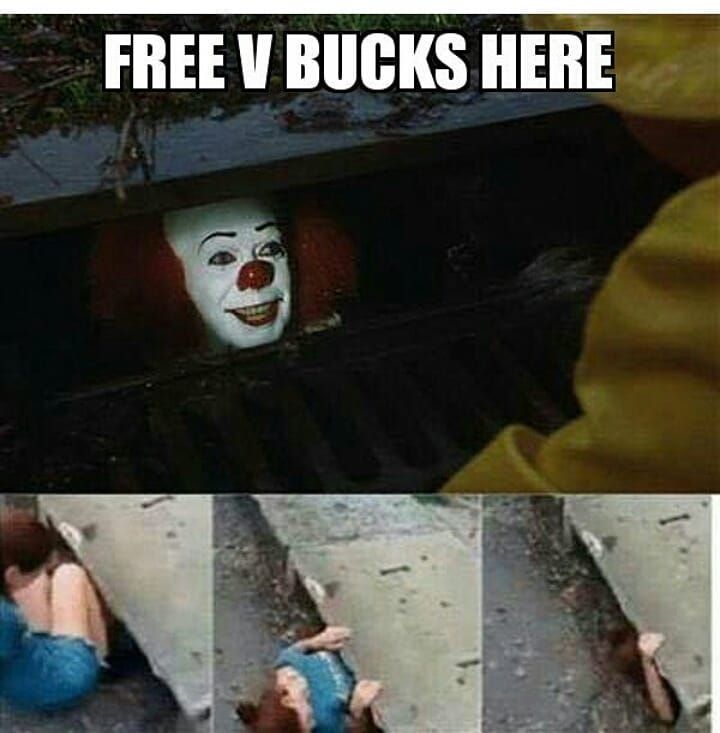 I have moaned about the game, I have had screaming matches with my son, I have tried to reason with him, it has been an exhausting few months and I know I am not alone.
H would get back from school and put his headphones straight on.
He sulked when I ask him to switch it off.
He threw tantrums if the internet was slow because it made the game ‘lag’.
His general attitude was shameful and I was not ready for this ‘Kevin’ stage, (certainly not until he is at least 13!
Apart from the change in his attitude, I was concerned about the dangers. My husband has friends that play this game! Without realising it H has been playing in online groups that adults have been in.
It was Piers Morgan of all people who I felt gave me the kick up the arse I needed.
There was a section on Good Morning Britain about Fortnite and it’s effects on children.
We heard about children who were wetting themselves rather than stopping the game (you can not pause Fortnite). They also announced that Fortnite is the first game that has resulted with a child being referred for counseling on the NHS.
So Piers, rather than just object to the game, put the blame firmly at the parents feet.
My first reaction was anger. This game has been expressly designed to hook and addict my child and I was trying my hardest to keep my preen in line.
The family counsellor who was a guest on the show said ‘Parents are trying to hard to be liked by their children, they are too scared to upset them’
That sounded so familiar and then I realised, I had become the mum I never thought I would be…..the mum that puts being her child’s friend in front of discipline, safety and respect.
I made H watch the segment. He saw for himself what the majority of parents were thinking.
All the children are telling their parents,
‘Jonnys mum lets him play when he wants’
‘Billys mum lets him play longer than you let me’
When actually, that’s all rubbish! We are trying to enforce rules and the kids are (embarrassingly) manipulating us.
I asked him what he thought was a reasonable amount of screen time each day. We agreed on 45 minutes on a week day (after chores and homework is done) and 1.5 hours at the weekends.
So far this has been working brilliantly.
We have also sat down together and watched the story of Breck Brednar, a school boy that lived near to us.
He was groomed for over a year by a lad in his gaming community. Despite his parents concerns and warnings, he was tragically murdered at 14 years old by the 17 year old boy.
Watching the documentary was a big turning point.
Listening to Brecks mum recall how she tried so hard to reason, explain, sanction Breck because she knew the dangers there could be online, was heart breaking. To then watch Breck ignore his parents concerns, just like H had been doing to us, and to seewhat tragedy has resulted was a wake up call for me, my husband, H and his brothers.
So much so that my husband ran the London Marathon this year for The Breck Foundation.
http://www.breckfoundation.org
H has a new attitude to the computer now, and I still know it is an on going battle, but for now it is one we are winning!