Mikey has always been quite dramatic and artistic. He has been going to an art class for two years and seems to have a real talent. the last year his passion had shifted from art to drama. He had been asking for months to start a drama class.  Another after school club was the last thing I needed!!! However,  it was really refreshing to hear him ask me to do something. Usually I am dragging them to their extra curricular activities kicking and screaming. After a bit of research he joined Britkids. A Saturday school at The Brit School in South London. He went for his first audition in March for a show at our local Theatre. When we got the call to say he had got a part he was over the moon. It’s something he really enjoys and takes seriously. The next step he wanted to take was to sign to an agency to try and get some work and experience in the industry. This is totally out of my comfort zone.  I was the total opposite at his age. The thought of performing infront of people would make me sick . I am so proud of him.  He has a subtle confidence which is really endearing. I’ve heard the same as everyone else about child acting and model agencies. They are rip offs, they charge you fortunes and you get no work. An industry full of pushy mums and arrogant kids. I did tons of research and found an agency I wanted to approach. After seeing his photos and application Mikey was asked to come and take a workshop for the agency based in London. We took Mikey up to a studio by Tower Bridge where he met the ladies running the agency. There were about ten other children there and they all stayed for two hours,  They learnt about how to cope with castings, acting tips and the agency assessed whether they are suitable. Whether Mikey gets a place on their books or not, he had a really wonderful morning. In the meantime,  keep your fingers crossed for him. He might just be the next Daniel Radcliffe! 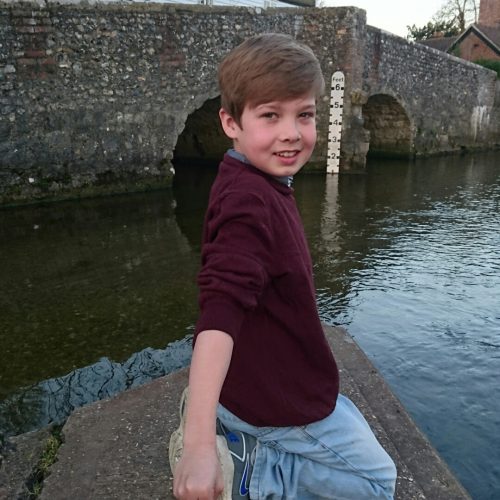