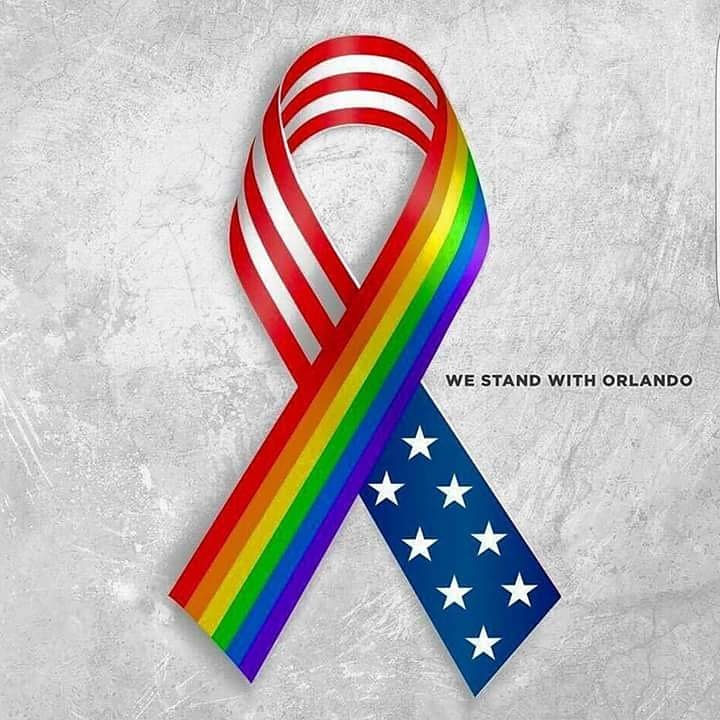 Before you read this, I am not big on politics, this is just my opinion on the latest mass shooting in America.
From what I have read recently, a bi-polar, steroid pumping, wife beater who had shown such aggressive homophobic views that his colleagues had been forced to leave the security firm he worked at because they couldnt tolerate him anymore.
This man was arrested and questioned twice by police after being linked to various ISIS radicals and was on their ‘watch’ list.
Somehow, because of the gun laws,  this lowlife was able to walk into a sporting goods store and buy a assault rifle and hand gun!?!?
What the f#ck!!!!!!??
I am proud of our gun laws in this country and the security around them.
Mike holds a UK shotgun and fire arms license.
To obtain this licence he had to submit an in depth form to the firearms department, where they carried out criminal record checks and checks on his background.
Once that was approved the local firearms officer had to visit our home. He analysed Mike, his state of mind,  his relationship with me,  his motives for wanting to own a gun and exactly where it would be kept.
Once he had satisfied himself that Mike was responsible enough and low risk he gave him a thorough briefing on what it is to hold a gun license in the UK.
He told Mike that along with a gun licence becomes a huge responsibly.
If your circumstances change in anyway your licence is revoked immediately .
My point is,  it would have been unlikely that the vile scum that destroyed so many lives in Orlando would have ever had a license here or legal access to a gun.
Don’t get me wrong,  this doesn’t mean things like this could never hapen here, I’m sure you can illegally get your hands on a gun, but it makes it much harder.
The majority of mass shootings in America occur because they have easy access to a gun.
The unstable people responsible for these atrocities would be highly unlikely to have ever obtained a licence or a gun in the UK.
Im not even going to go into the amount of accidental child shootings!
I think British people in general have much more respect and awareness of the dangers of guns.
The American attitude seems much more blazey.
I certainly don’t think guns should be banned anywhere.
I do,  however feel that the US could take our lead when it comes to this.
This was a recent BBC News Article on Us shooting statistics.
http://www.bbc.co.uk/news/world-us-canada-34996604
America is without a doubt one of my favourite countries in the world, hence why at every opportunity we are back visiting.
The week before the Orlando shootings I was in Disneyworld with Mike and the children.
It was the 25th Anniversary of GayDays,  one of the largest Gay celebrations in the world.
It is estimated at least 50,000 Gay men and women attend.
The first Saturday in June they visit Magic Kingdom, Orlando …..the same day as we were there!
It was fantastic!  What I loved was the complete normality, love and acceptance of everyone there.

So,  when a complete no mark,  a screwed up, evil c#@t who probably struggled with his own sexuality manages to get his vile hands on an assault rifle and hand gun and opens fire on one of our most colourful and beautiful communities then we must stand together and realise, for every evil,  mental extremist there are far more good, decent,  people full of love, acceptance and understanding in our world.
We Stand United
My love, prayers and thoughts go out to the men and women and their friends and family involved in the Orlando shootings 💔