If you are at a loose end with the kids this summer and want something that will suit all ages, from babies to older teenagers (and you) try Thorpe Park. 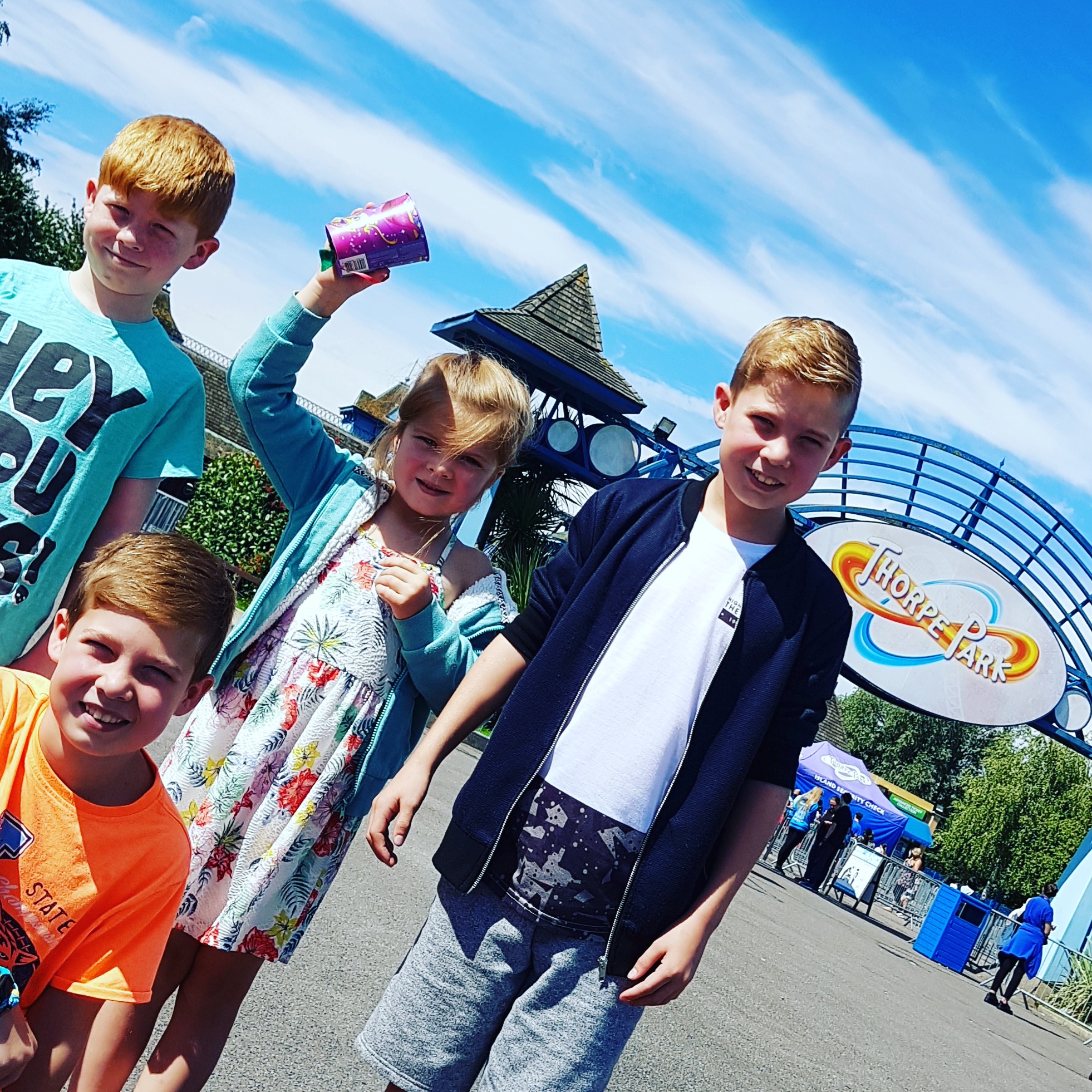 Thorpe Park is a large theme park set between Chertsey and Staines-Upon-Thames, at juction 11 on the M25.
Despite being just a forty five minute drive from me I haven’t been there since I was a kid.  Mike was supposed to join me, but because of his work commitments I took the kids on my own.
Two children under two, four over six and just one adult meant I wouldnt be able to make the most of the day.  So, I dropped George and Arthur to my Mum and Dad’s and headed off with Mikey (10), Harri (10), Charlie (8) and Libby (6).
When we arrived the kids checked the map and all the many rides and gave me a summary of the ones they definitely wanted to go on. 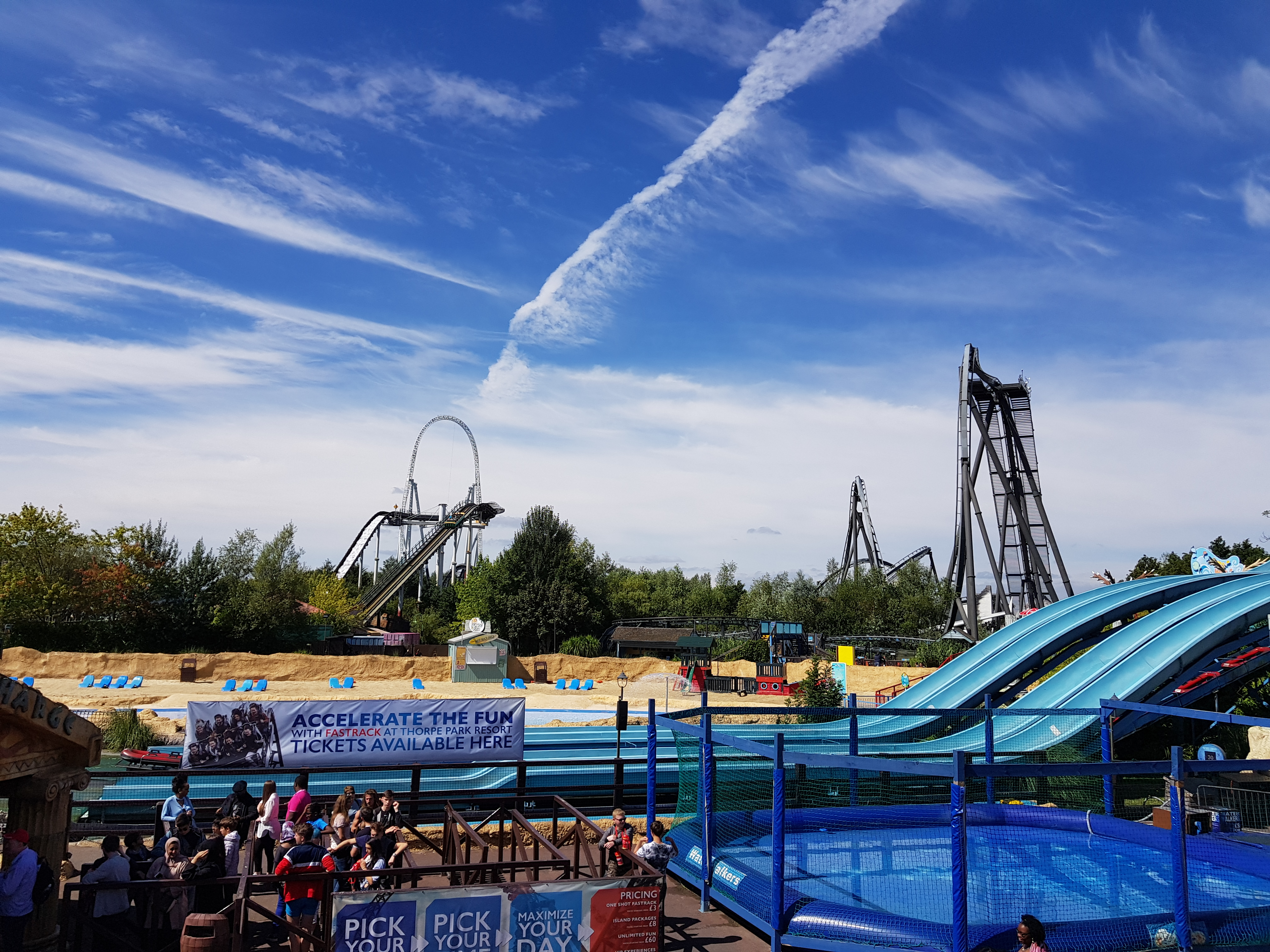 My slight disapointment, being a huge rollercoaster fan, (bigger the better) was because I was on my own, I had to swerve some of the biggest and best rides in the park. 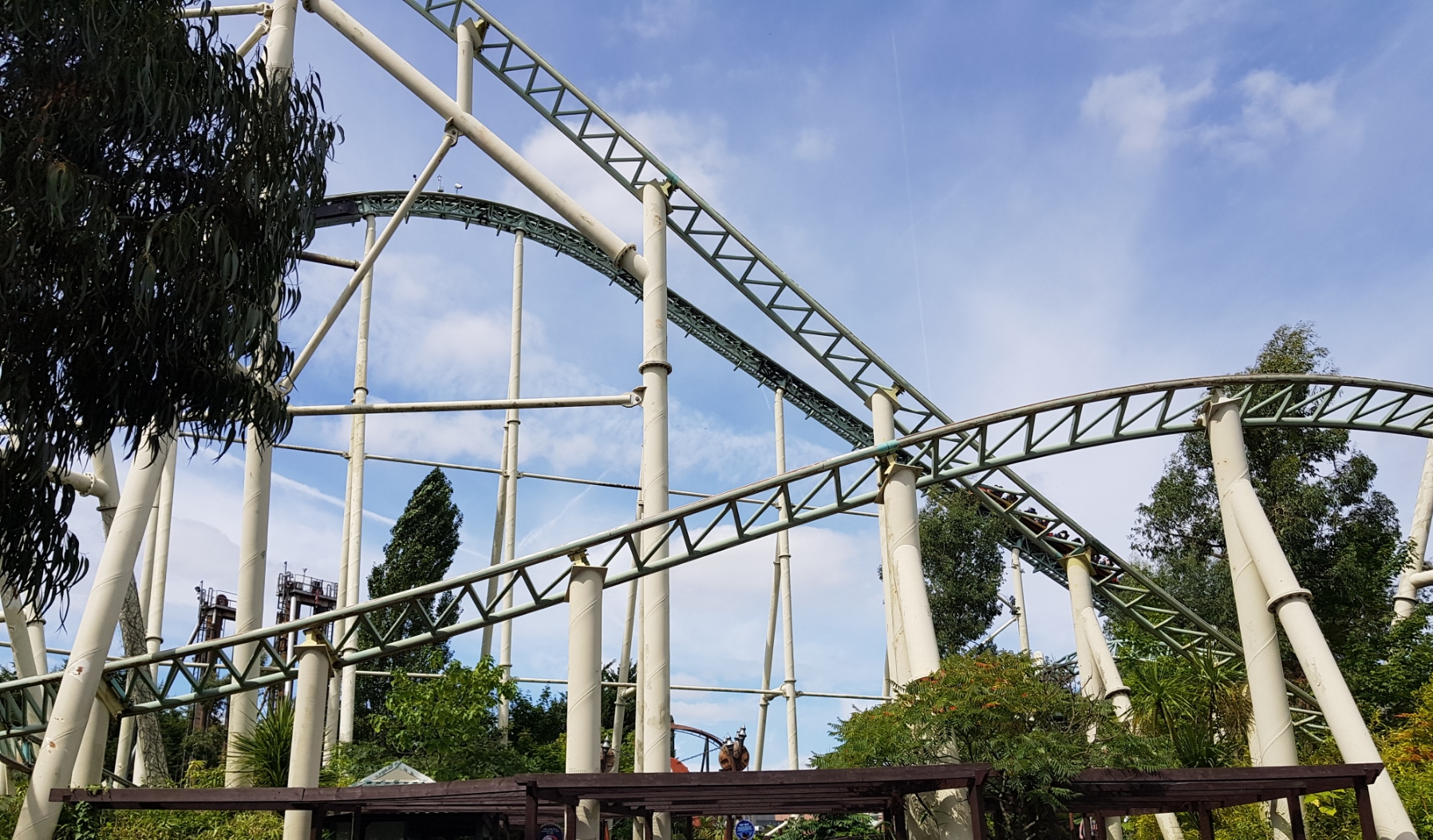 Mikey was also disappointed, as he seems to have inherited my need for thrills!
Saw, Stealth, Colossus, Rush and Nemiesis Inferno were all no-gos for us this time round. 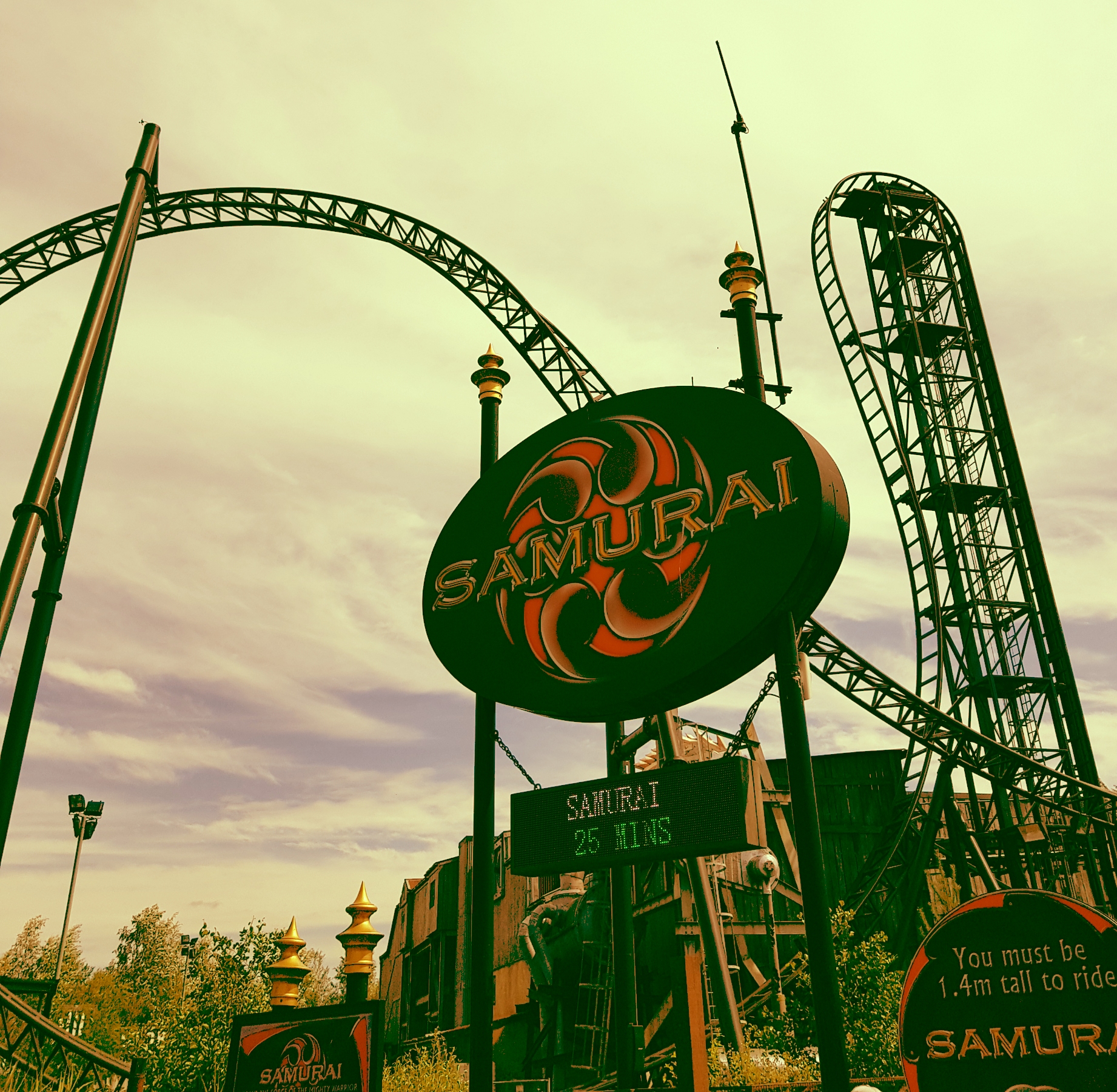 So lets talk about the rides we did go on.
Like other theme parks, Thorpe Park is separated into different areas, each with its own theme.
We started our day at Amity, a section of the park based around the seaside town that the movie Jaws is based on. 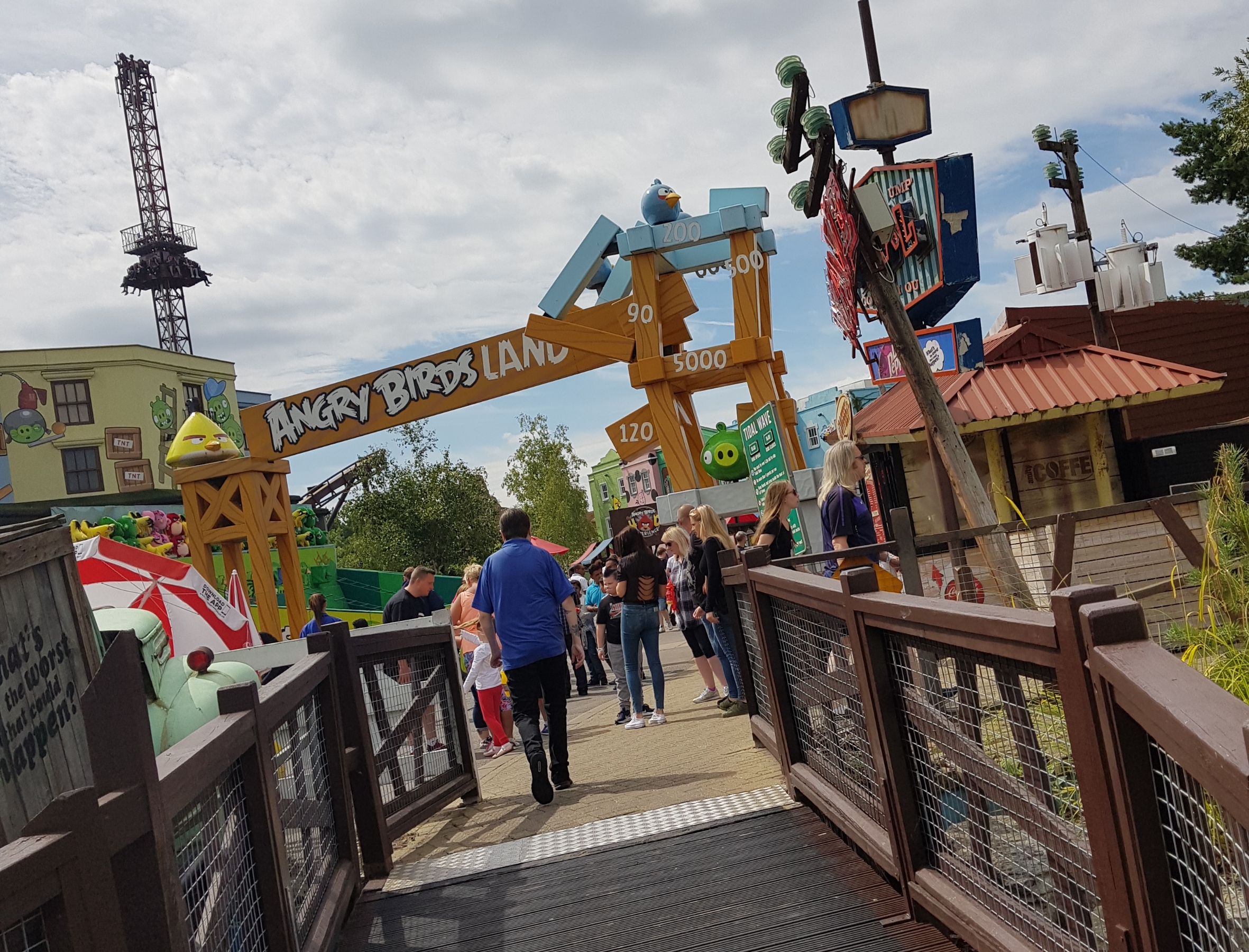 The first ride we went on was Flying Fish, a family rollercoaster.
After dragging Mikey and Harri on some of Universal Studios scariest rides last year, they were both up for this ‘tamer’ ride.
Libby and Charlie however, were rollercoaster novices and both tried get out of it.
Thinking they would enjoy it once they were on it, I managed to convince them with some gentle persuasion. They loved it!
Mikey didnt feel it quite satisfied his adrenaline need, but enjoyed it nevertheless. 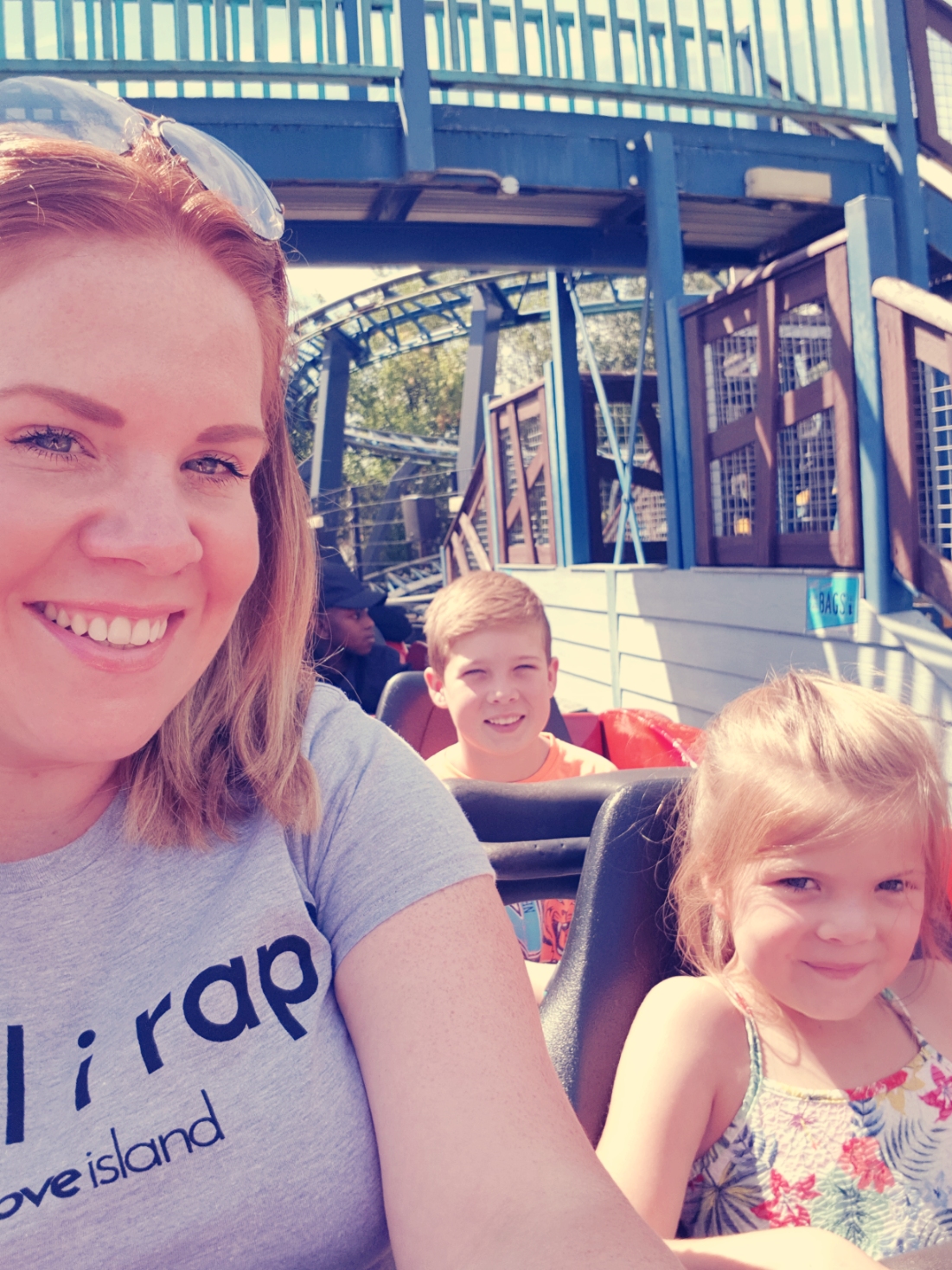 Whilst in Amity, we also went on the obligatory log flume Tidle Wave and the more gentle water ride, Storm Surge. One of my most memorable rides with the kids was ‘Storm in a Teacup’.  Maybe because I remember this ride and the Tetley men from when I was the boys age.
While the kids were spinning the cup, faster and faster, I was watching their faces, they were ecstatic, their laughing and screaming with excitement will stay with me forever.   It is what #makingmemories is all about. From Amity, we headed to ‘The Jungle’.
This is where we rode on Mr Monkeys Banana Ride (a tame thrill ride for younger children) and the Rhumba Rapids, riding through the jungle river on a raft. Whilst in The Jungle I spied a ‘Ghost Train’ sign.
Ghost Trains are my favourite kind of ride so I dragged the kids kicking and screaming towards it.
They breathed a sigh of relief when it stated at the entrance that you had to be 13 or over.  I was gutted!
It looked fantastic, promoted as Darren Brown’s Ghost Train, I am heading straight for that on my kid-free visit! 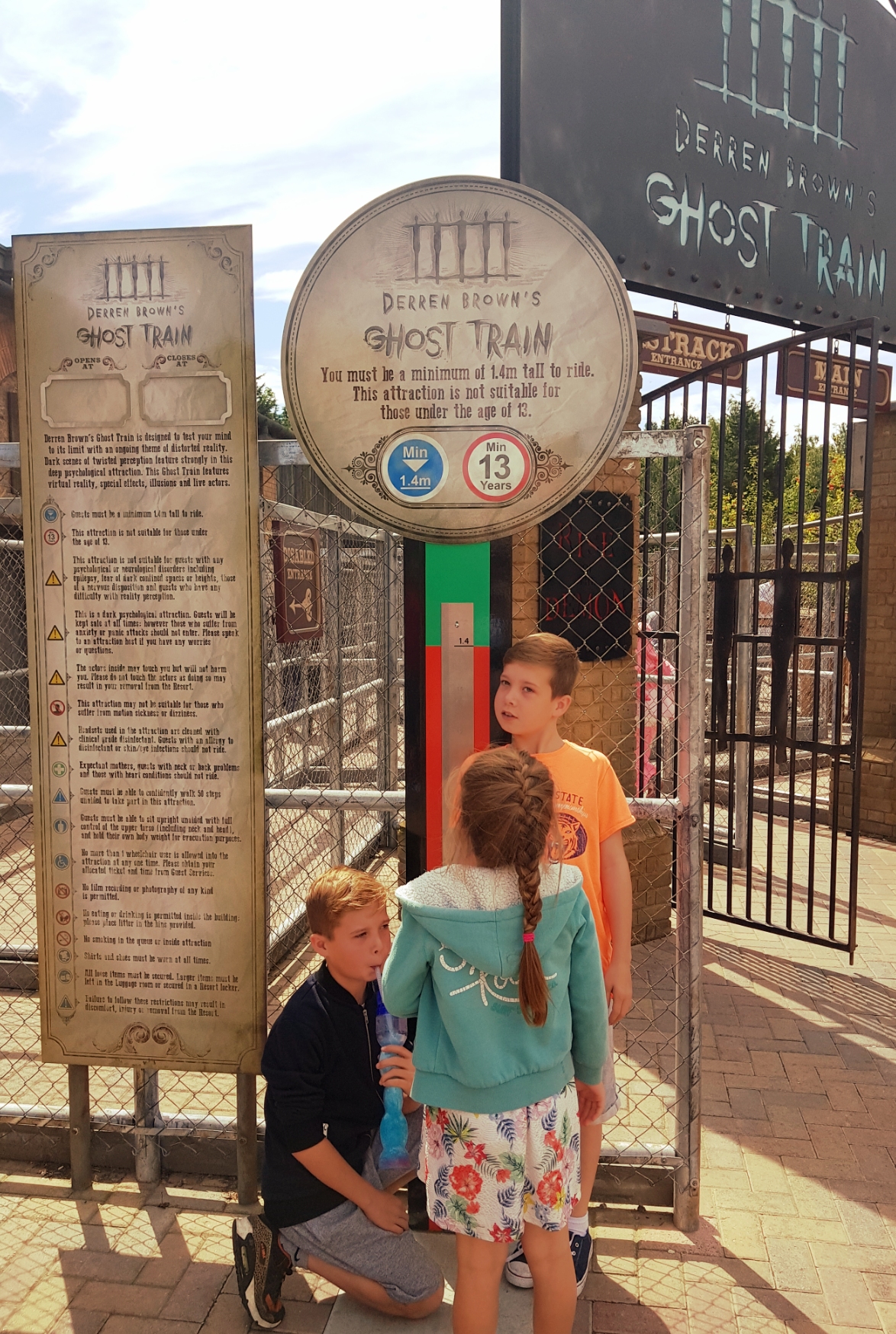 It was very similar to the Shrek ride at Universal Studios.   I dont want to spoil it for anyone, but it is a great ride for all the family. At Old Town the kids jumped on The Rocky Express, which they all commented that George (2) would have loved. Then, the kids hurried Mikey and I passed Samuri and Saw whilst we sulked like teenagers. We stopped for a well deserved Whoppa at Burger King, just because it was the closest Eatery.  However, there are plenty of places to eat at the park.  They have everything from a Bar and Grill to Fish and Chips, Mexican, Kebabs, Pulled Meat and BBQ, they even have Burger King and KFC. If you want treats they offer Donuts, Ice Cream, Slushies and lots of yummies dotted around the park.
The Lost City was the home of Mikeys favourite ride of the day….Quantum.  Judging by Thorpe Park standards it was one of the smaller rides but given that Mikey hadnt managed to ride any of the monsters, this satisfied his thrill level for the day. 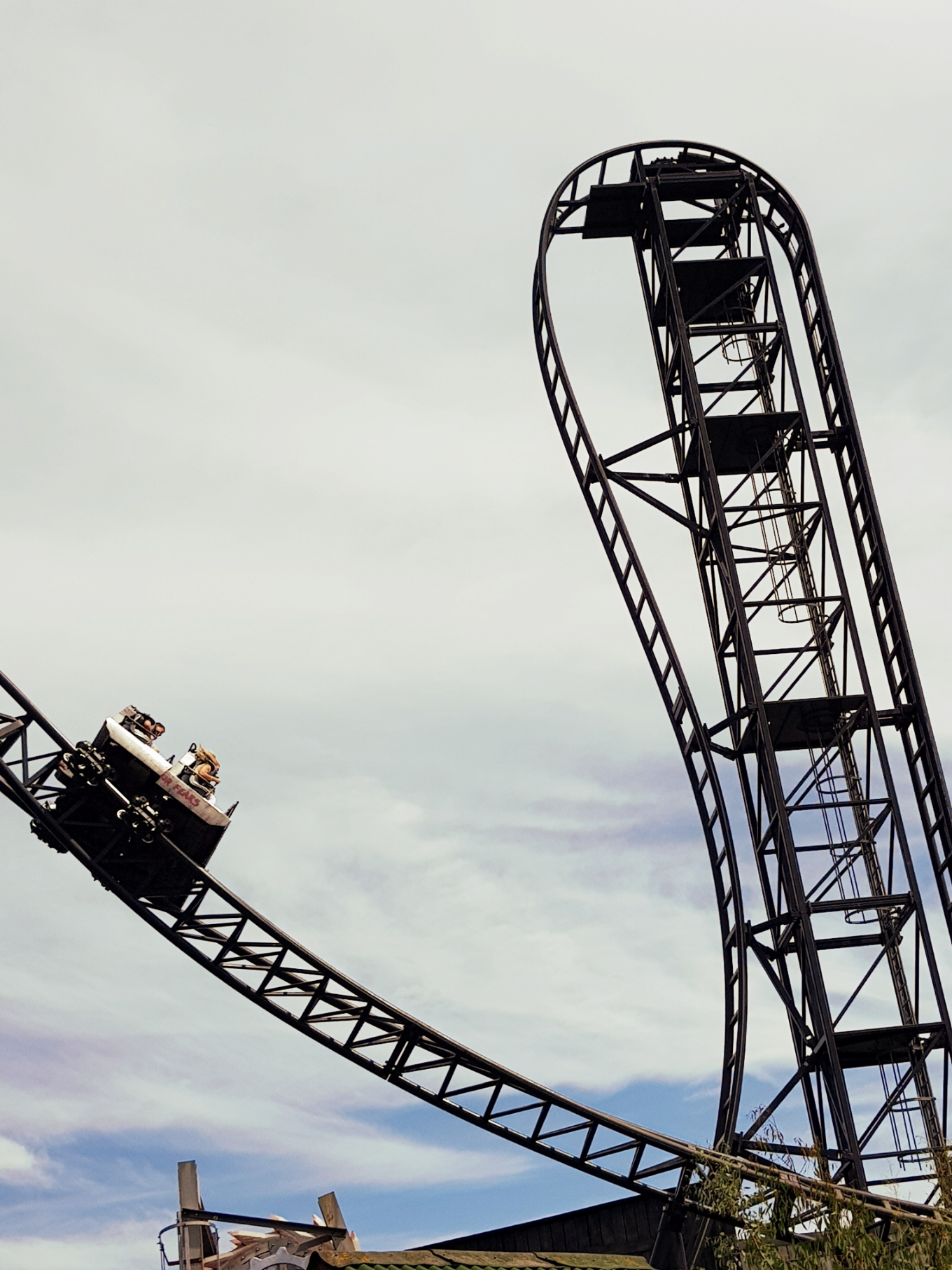 Charlie and Harri however, were not so keen! Mikey ran off begging to ride again, whilst the others threatened to report me to social services for making them go on such a scary ride (I bolted out of the queue with Libby at the last minute as I knew she would be petrified).
Zodiac was a great ride, I actually managed to ride that one with Mikey as the queue was less than five minutes.
We spent the last hour of our day at Thorpe Park at Amity Beach, A large, man-made beach with shallow pools and water features.

The weather was beautiful and It was so reminiscent of the Lidos my mum used to take us to when we were kids (none of which are open any more). I sat and watched the four kids mess about, splash each other and have a great time.
Depth Charge is next to the beach.  It is a multi slide where you sit on a raft and ride down the slide.  The kids would have gone on this again and again and again but time was running away. 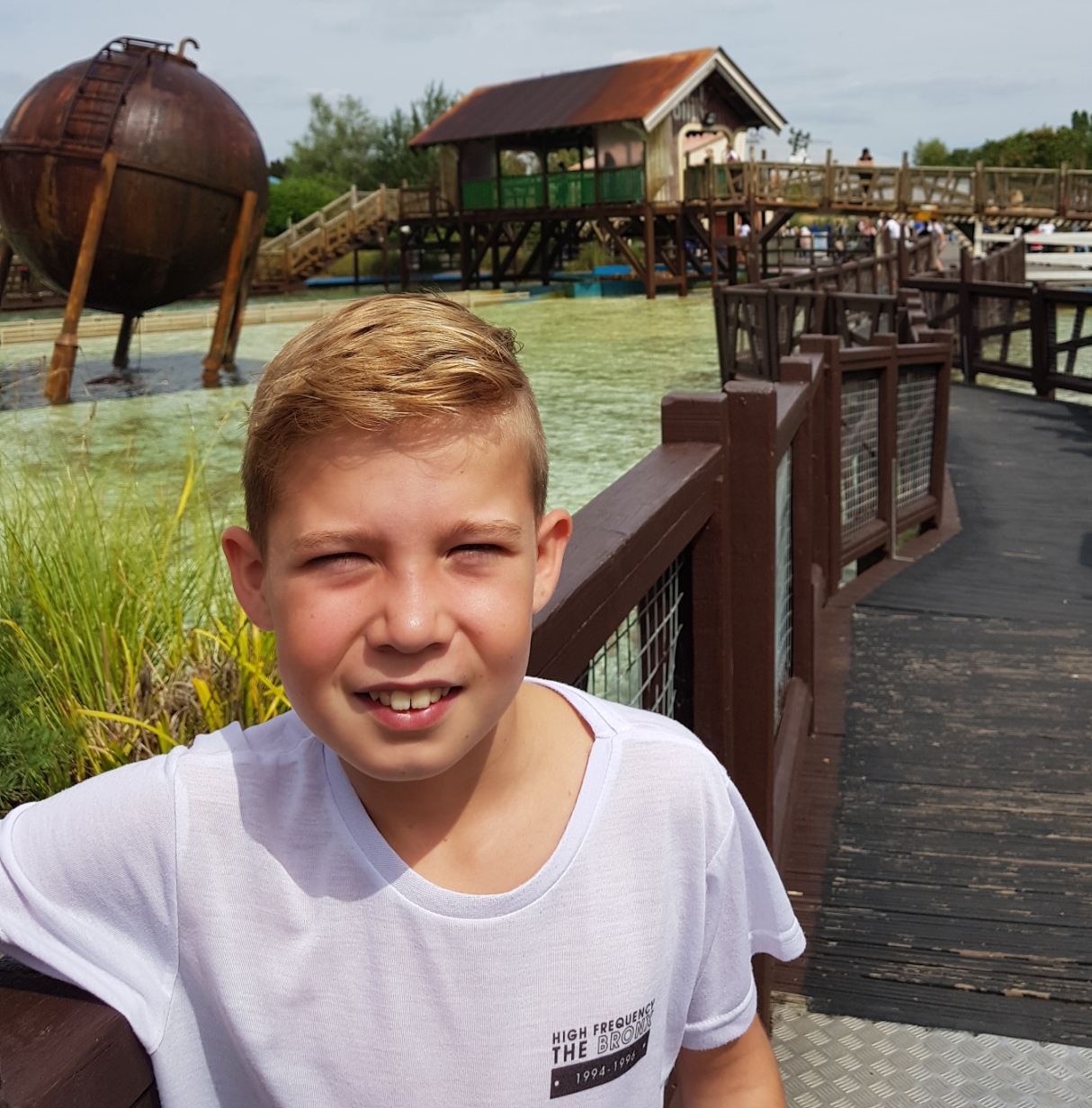 Being the unorganized mum that I am, i hadnt packed swimsuits or towels so it is just lucky we made that the last stop of the day.
I say last stop, but as every parent knows, no trip to a theme park is complete without a visit to the park store!
Loaded with badges, sweets and souvenirs, we were ready to say goodbye to Thorpe Park.
All I needed to do was remember where I parked the car!!! For more information on Thorpe Park, their prices and admissions, head over to their website.
https://www.thorpepark.com
If you have been or do plan a day in Thorpe Park I’d love to hear your feedback.
Love Kate
Xxxx
Linking up with #BloggerClubUK